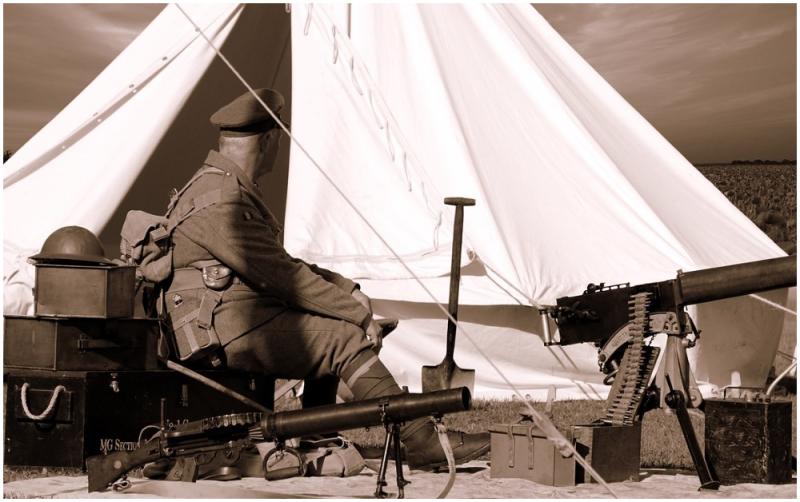 Note: Since this column was written the artwork on the mentioned WWI monument has been removed and the official unveiling postponed.

The details of his life story sound like something straight out of one of those old-fashioned Hollywood biopics that used to be all the rage years ago.

Yet it’s likely you’ve never heard of him, even though he spent many years living and visiting with his family in Blackrock in the late 19th and early 20th century.

The past few weeks and months has brought up plenty of debate and talk about the World War One memorial just unveiled at the Crescent beside the Garda Barracks in Dundalk. It commemorates all the local men who fought and died during the Great War.

On one hand it is surprising that Dundalk was the last major town in the country, not to have such a memorial in place before now.

Hundreds of men from around Louth enlisted to fight on the side of the allies in that conflict and many never returned home.
Dundalk’s, at times strained, more recent history has undoubtedly contributed to the lack of a memorial to the local Great War dead up until now.

The town’s proximity geographically, culturally and socially to the border has had an impact on being able to revisit and reappraise the very idea of men from Dundalk fighting on behalf of the British Army in that conflict.

But so many did, and a good portion of those would have also strongly believed in a free Ireland then too.

A quick search through the Irish Great War Dead Archive online brings up 480 entries of deceased men who had a relationship with Dundalk back then.

Some died of dysentery or other medical, non-combat ailments, but there are rows and rows of men with ‘Killed in Action’ beside their entry.

There’s such poignancy and typically understated heartache in some of the recorded comments.

Rifleman Barney Carolan was 37 when he died in action in France in October, 1917.

He had served for 23 years as a postman in Dundalk. He was described as “a most efficient and obliging public servant, and very popular with all who knew him.”

There's Major William Barker, who died of wounds received at the Dardanelles in Turkey, eventually dying at sea, presumably on a hospital ship off the coast. He was from Falcon House in Carlingford originally.

All deaths in war are tragic, it’s just that some seem to be coloured with added sorrow and heartbreak.
Gunner Albert Edward Bromley, who is buried in Dowdallshill, made it home alive from the trenches, but died at his home in

Casey's Place, Dundalk, from what is described as “Heart Disease dropsy” in the archive.

The record adds that his sister-in-law Alice Coleman was present at his passing. Before PTSD syndrome had a name and was dismissively labeled “shellshock”,

Albert Edward Bromley is reported as having a “disability caused by strain and exposure and hardship of 22 months continual service with the B.E.F. (British Expeditionary Force).

Then there’s Captain Edward Gerald James Moyna - the man briefly introduced at the outset of this piece.

He was described as a “leader writer” with the London Morning Post - a powerful position at the time, granting him a pulpit from which to influence the great and good of London life and by direction, even the British Empire.

His life reads like a classic Boys Own adventure, but he would have spent many of the happiest days of his life in Blackrock, where his mother lived at Sandymount.

He was born in Chile in South America around 1880, just as a bloody revolution in that country was kicking off.

His family were of Irish and Scottish extraction and it was reported that he came under fire as a boy as that fierce internal conflict escalated.

After the family departed Chile he went on to school in Oxford where, among other achievements, he was a “champion featherweight boxer for the university” and a “first class shot and motorist”.

With his schooling complete, he hit the high seas and among other derring do adventures, he shot big game in Africa and ended up shipwrecked in the Pacific.

It was while in China though that his passion for journalism seemed to be fired-up when a number of his articles from the Orient were published to acclaim back in England.

This ultimately helped him towards the job as leader writer with the London Morning Post.

He eventually settled down, married and had three kids; preparing to drift off into middle age with regular trips back to Blackrock to see his mother on the cards, it would appear.

When back in Blackrock, Edward Gerald James Moyna was a favourite with the locals too. He was “extremely popular, especially with the hardy and industrious fishing folk of the village”, according to one report.

But with the coming of war in 1914, Moyna, by now in his mid-30s, was among the first to volunteer to join the army as a lowly private. However, due to an “ailment of the throat” he was refused on medical grounds.

Undeterred, Moyna pressed ahead and his “merits as a soldier led to repeated offers of a commission, which his natural modesty at first prompted him to refuse; but he eventually accepted a commission in that famous regiment the Royal Scots Fusiliers, as the best means of getting to the front.”

On the morning of 25th September 2015, Captain Moyna was badly wounded by shrapnel as he led his men in an attack at the Battle of Loos.

While such injuries would usually mean a trip to hospital, if not a return home, Captain Moyna was bandaged up and returned to the front line to lead his men once again.

He fought on all that afternoon and into the night, but died on Hill 70 from a gunshot to the head in the early hours of the 26th September.

Described as “most unselfish; all his thoughts were for others”, Captain Moyna left behind his grieving widow and children.

It is clear from reports and writings that he was beloved by many, with the grief at his passing felt by his friends and colleagues, “who are proud to remember that they had the privilege of being his friends.”

These brief snippets of individuals with strong Dundalk connections who died in the 1914-1918 war serve to highlight the vast scope of local social history that we should never forget, nor the local families that sacrificed so much and ultimately lived on with such sorrow and loss for the rest of their days.

The new memorial at the Crescent can go some way towards securing this important local legacy.