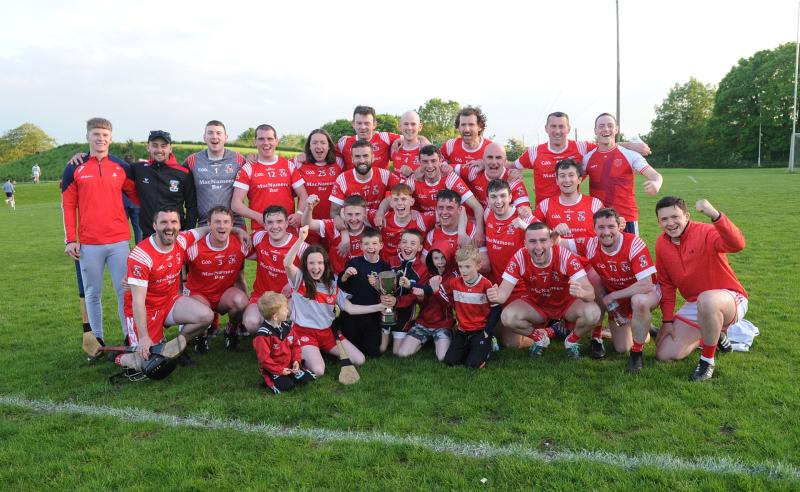 the Knockbridge Hurling team celebrate after their victory over St Fechins in the Maurice Murphy Cup Final in Darver. (Pic: Arthur Kinahan)

The hurlers of Knockbridge rounded off a successful 'Special' League and Championship campaign with a deserving victory over St Fechins in the 'Maurice Murphy Cup' Final played in Darver last week.

Three weeks ago the village outfit saw off Naomh Moninne to capture the league title and they made it a double thanks in the main to the two goals scored by corner forward Mark Wallace, one in each half.

Top scorer David Stephenson had opened the scoring for the South Louth side with a point from an early free.  A brace of good points from David Kettle either side of one from Robert Wallace had Knockbridge in front by two on five minutes.

The Fechins responded with three of their own from the sticks of Paddy Lynch, Michael Byrne and Stephenson again before Mark Wallace struck for the opening goal from close range on 19 minutes, 1-3 to 0-4.

Both teams then exchanged pointed frees before a brace of Stephenson frees either side of a point from Barry Devlin had the Fechins in front by one with half time looming.

Midfielder Neil Thornton ensured Knockbridge would go in at the break on level terms with a good point from in front of the posts that left the scored tied at 1-5 to 0-8.

The Fechins saw an early goal scoring opportunity blocked out for a 65 metre free which David Stephenson struck over to put his side in front. That would be as good as it got for the men from Termonfeckin as Knockbridge upped the intensity and showed the greater desire to win.

They went in front with two points before Mark Wallace grabbed the games second goal on 38 minutes when he got in behind  the keeper to fire into an empty net from close range.

The scores kept coming and Wallace added a good brace of points from play before substitute Aidan O’Brien and the younger of the Wallace brothers Robert fired over to leave their side in front, 2-12 to 0-9, with under five minutes to play.

In the time that remained the Fechins accounted for three consolation scores from Michael Byrne and Stephenson (2). They had no bearing on the final result as Knockbridge held out for the victory.

Afterwards the cup was presented by County Board Chairman Peter Fitzpatrick to the Knockbridge captain James Searson. 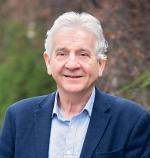