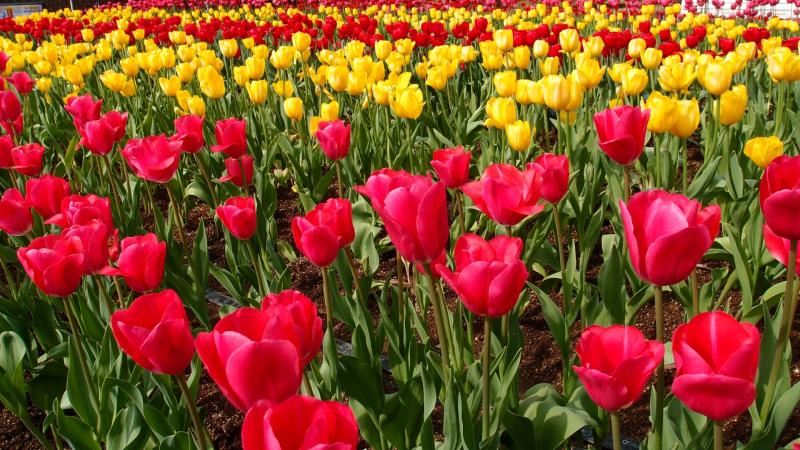 Over the past couple weeks I have noticed that there seems to be great burst of growth in flowers and shrubs around the town.

This late 'blooming weather' has been confirmed by a number of friends that I have been speaking to who have noticed that everything seems to have become a lot greener with the coming of the rain and it has reminded of the old saying – 'A wet and windy May fills the barn-yards full of hay'!

It has been a strange year so far as there were a lot early blossoming of some plants but it all seemed to slow down, and even stop, with the exceptional dry weather in these parts during the month of March.

The opening of the leaf buds on trees have occurred later than usual but now, all of a sudden, the local trees have spread their green canopies and are a joy to behold.

I noticed this particularly on a lilac bush in my garden which, it seemed, had fewer blossoms that usual at this time of year but, just last week, it sprung into full bloom and is looking the best I have noticed for years.

I used to think that the lilacs around came into bloom usually in late April or early May but I may have been mistaken?

Another plant that is doing particularly well around Dundalk at the moment is the cordyline tree.

When I was a child there were few cordylines growing around Dundalk and certainly no coloured ones but now they are everywhere to be seen and are showing a great variety of colours, plain and variegated.

The beauty of this plant is that it seems to do equally well in open ground or in pots and, for this reason, you can move them around to suit your spaces.

A lot of the local cordylines were killed off by the heavy frost of the winter of just over ten ago and many gardeners removed the stumps.

A very wise horticulturalist, however, advised me that cordylines are very hardy; that they should be left alone and they would come again.

That is exactly how it turned out to the benefit of those gardeners who persevered!

Fifty years ago Ireland and the U.K. had joined the European Common Market but that did not put a stop to the smuggling activates that had been going on in the Dundalk district for the previous half century!

I notice a report in the Dundalk Democrat of late May 1973 which states - 'Customs officers seized an estimated £50,000 worth of goods on the Louth Border in the period of a fortnight.

The goods were mostly radios and other goods manufactured in Hong Kong which were being sold along the roadsides by itinerant traders'.

Do any of my readers remember those exciting times?