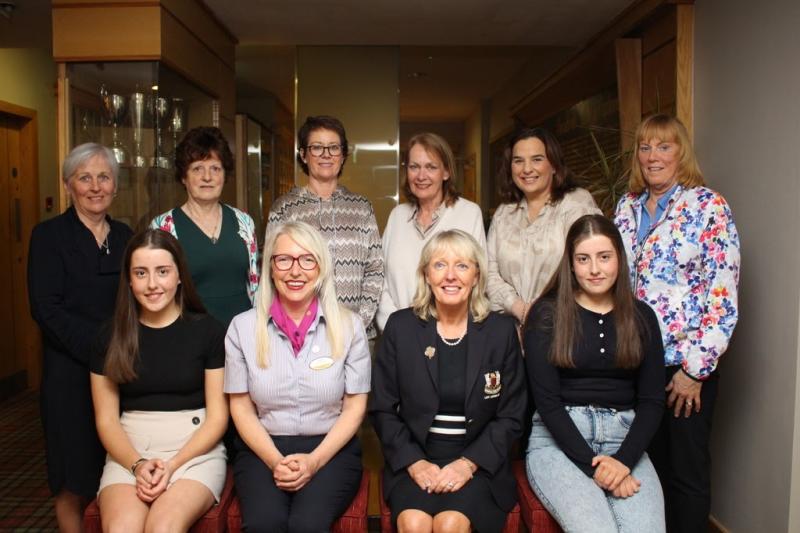 The winners in the Four Lady Team event sponsored by Specsavers

Edward Lawrence led home the qualifiers in the Carolan Cup  and will play Cathal O’Neill in the first round of this matchplay competition.

Lawrence (22), who has been in excellent form this season, shot a 69 nett and pipped James Rogers (34) and Eoin Hamill (29) on countback for the leading qualifier accolade.

The highlight of his round was a birdie four on the index three par five seventh while he also managed pars at the first, sixth, 10th, 12th and 16th.

The Inter-Club season began over the past week with the Senior Cup team beating Corballis in their first round match while the All-Ireland Fourball team were beaten by Headfort.

The JB Carr team won the home leg of their tie against Greenore and head to the away leg with a 4-1 lead.  Next up is the Fred Perry Trophy team who face Laytown & Bettytown on Saturday at 3.10pm.

The popular four lady team event, sponsored by Specsavers, was held on Saturday April 30 and Tuesday May 3. The winning team of Pat Cleary, Mary Laverty, Criona O’Reilly and Noeleen Gernon returned a superb score of 90 points, seven points ahead of their nearest rivals.

Runners up and third places were separated on countback. Presentation of prizes took place in the Clubhouse last Tuesday. Thank you to Specsavers for their continued and very generous sponsorship of this event.

In interclub news, the Ladies Junior Foursomes were beaten by Forrest Little, while the Intermediate Cup team advanced to the next round with a great win over The Island.