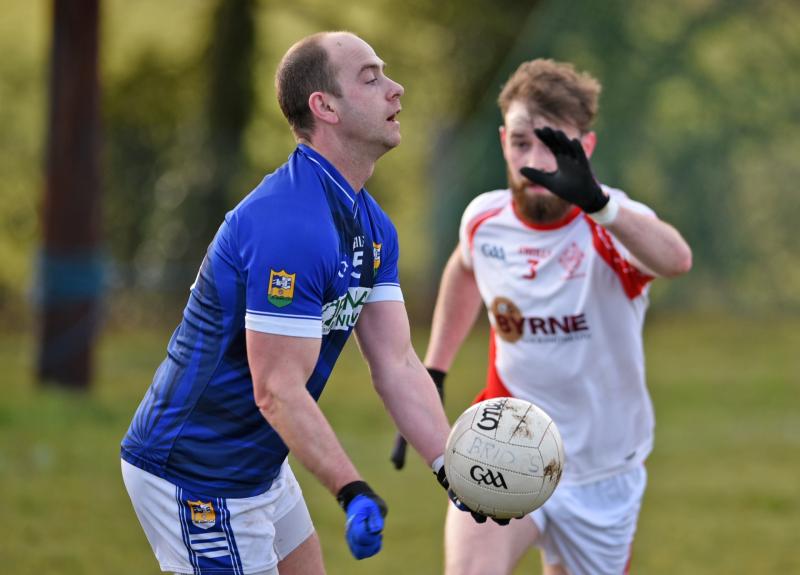 A goal from Brian Devlin helped St Fechins through to the final of the Paddy Sheelan Shield at the expense of Kilkerley Emmets on Tuesday night.

The game in Beaulieu saw the home side have the edge over their opponents throughout and they made their superiority count on the scoreboard as they set up a meeting with St Marys in the decider.

Devlin scored the only goal of the game in the opening half and that ensured that his side went in at the break leading by 1-8 to 0-6, with Cathal Bellew among the points for the Emmets.

The hosts never looked like relinquishing that advantage and with Ryan Walsh and Joe Corrigan in good scoring form on the night, they eased through with seven points to spare. Ultan McEneaney and Kieran Lennon were on target for the visitors, but in the end their efforts were in vain.

St Marys will take on St Fechins in the final of the Paddy Sheelan Cup after they held off the challenge of Roche Emmets in the semi-final on Tuesday night.

The game in Pairc de Roiste saw the home side take to the field with hopes of continuing their good start to the campaign. However, they were no match for a Marys side who were never really troubled on the night.

From the opening whistle, it was the visitors who looked the most likely and with Ronan Carroll among the scorers they had built up a 0-7 to 0-1 lead at the break. Barry O’Hare kicked the only score for Roche during that period.

It didn’t get much better for the hosts in the second half and although they had scores from Sean Dawe, Glen Stewart and Kevin Callaghan, a comeback was never on the cards. Jonathan Commins came off the bench to score the only goal of the game while Kian Moran and RJ Callaghan were on target for the winners.

National final to be held in April
ADVERTISEMENT - CONTINUE READING BELOW