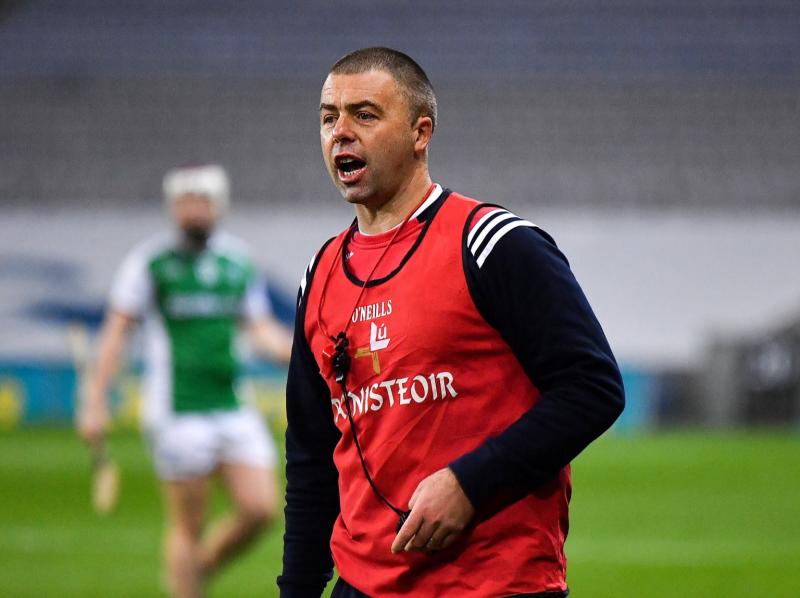 The Louth hurlers ended the National Hurling League with a six point defeat to promotion chasing Tyrone. Despite heading up North to face them in their back own garden, the Wee County proved a big test and were not going to back down without a fight.

Paul McCormack’s troops came into the tie on Sunday knowing anything but a very heavy defeat was probably going to be enough to ensure their survival, unless Warwickshire landed a huge shock in getting a result against a fancied Armagh.

Louth have been unlucky in many of their ties this year, but in Omagh they started strongly with Mark Gahan and Peter Fortune raising early white flags to open up a two-point lead inside the opening two minutes of action.

In a relentless first 10 minutes, the Red Hand County struck back well, Tiernan Murphy grabbing himself 1-1 to reignite their challenge alongside a point from Damien Casey. Yet scores from Gahan and Sean Kerrisk saw them stay on level terms.

Despite being expected to walk their way into the final given Louth had yet to pick up a win, the home side could not shake off the men in Red as Casey and Gahan continued to trade scores.

Things changed for the better midway through the first half, as the Wexford exile now plying his trade with Naomh Moninne bagged 1-1, the goal coming courtesy of a penalty to leave McCormack’s side up by 1-8 to 1-4.

They took a deserved 1-9 to 1-5 led into the break and duly added to their advantage shortly after the restart with another goal. A shock looked well and truly on the cards with Louth firmly in the driving seat with a seven-point lead to defend.

However Tyrone got their act together, hitting an unanswered six points in a row to bring the gap back to a point. Brian McGuirk then found the net following a long ball into the square and sadly from here the home side never looked back.

The goal was followed minutes later by a quick fire 1-1 from Murphy, as Tyrone pushed on from here to grab the two points.

Louth were tough opponents but failed to build on their cushion, going a prolonged period of the second half without a score.

But what matters is with Warwickshire’s defeat, their significantly better scoring difference sees them retain their Division 3A status for another season. Having faced some top-quality teams this year, Paul McCormack is sure to have Louth now primed and ready for another assault on the Lory Meagher.