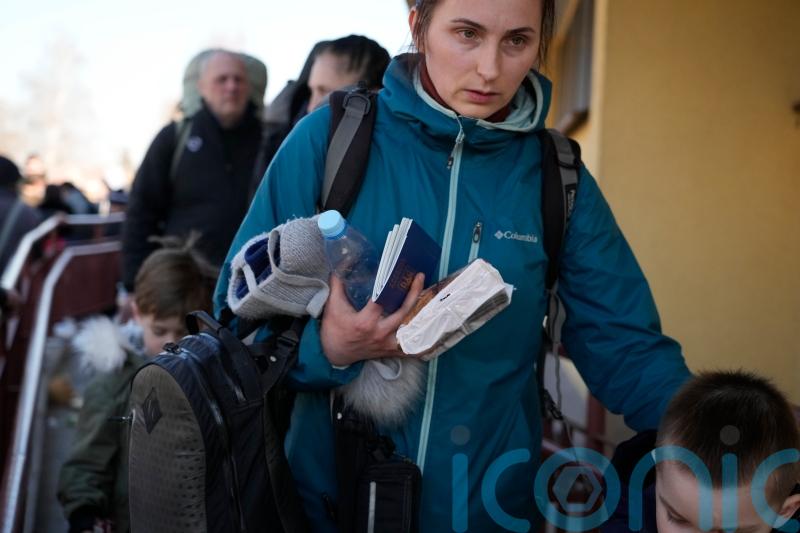 The next wave of refugees from Ukraine will be more vulnerable, aid agencies have warned Irish politicians.

A meeting of the Oireachtas Foreign Affairs and Defence Committee heard harrowing testimony on Tuesday from aid agencies and charities about the humanitarian crisis sparked by the Russian invasion of Ukraine.

But TDs and senators were also warned that the crisis will also have a knock-on impact on the world’s poorest countries.

He told TDs that if the war continues, the next wave of refugees to flee the country will need extra help.

While millions have already fled, he said: “They have some resources. They have connections.

“That will not be the same with any subsequent wave.

“These people, if they do have to cross out of Ukraine, will have little or no resources to look after themselves.

“They will likely never have been out of their region, let alone the country before.

“A very different type of Ukrainian, and a person leaving the country with different and advanced needs.”

Mr O’Sullivan also warned that the systems rapidly established to support displaced Ukrainians can “only be maintained and sustained for a short while”.

Describing them as being held together by “sheer goodwill and affinity”, he said they could easily be “overwhelmed” by larger numbers.

He said: “There is a risk of confusion between military and humanitarian roles and operations, and a very real threat of ‘diversion of humanitarian aid’ as Ukraine is on a full war footing and under martial law.

“The Ukraine crisis is very dynamic, uncertain and fast moving.

“Humanitarian operations and funding needs to be flexible in order to be able to shift operations to different activities, sectors and/or geographic areas within Ukraine as well as into the EU and Moldova.”

The same meeting heard that the knock-on impact of the war on food programmes for developing countries would be severe.

Ukraine, often dubbed the breadbasket of the word, is a vital source of global wheat and grain.

Aid agencies warned of the perils facing people in nations depending on the UN World Food Programme.

Jane-Ann McKenna, chief executive of Dochas, the Irish association of Non-Governmental Development Organisations, told politicians: “The closure of ports and cessation of exports will have widespread humanitarian implications for Africa and other low-and middle-income countries.

“Twenty-three African countries are dependent on Russia and Ukraine for more than half the imports of one of their staple goods.”

“Cash, and cash assistance, is critical. We are going to be using that in Ukraine.”

But he stressed the need for a wider outlook. “Ukraine, yes, in terms of donor funding. But as well as, and not instead of, all the other crises.”