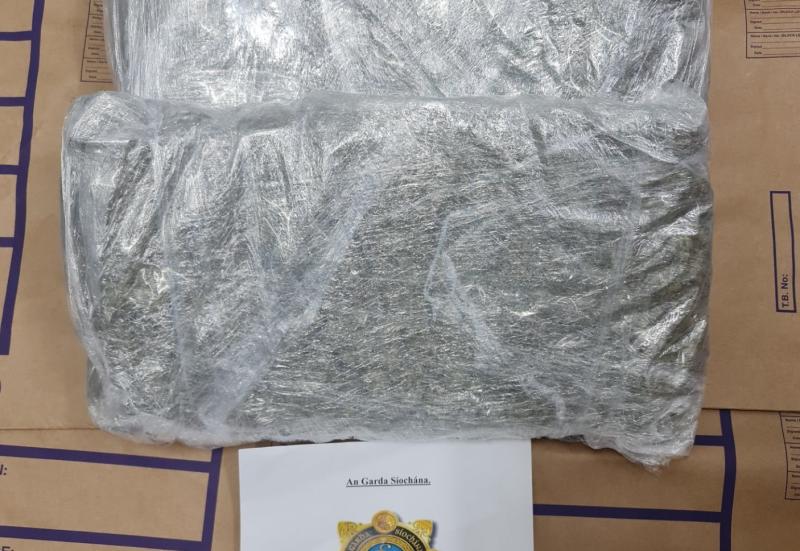 Gardaí have seized €30,000 of suspected cannabis and arrested one man during the course of a search in Drogheda, County Louth, yesterday evening of Tuesday, 22nd March, 2022.

At approximately 6pm, Gardaí from the Divisional Drug Unit at Drogheda stopped and searched a vehicle at Oulster Lane as part of an ongoing investigation targeting drugs distribution in the Drogheda area under Operation Stratus and Operation Tara.

During the course of this search, suspected cannabis with an estimated value of €30,000 was seized (pending analysis).

A man in his late 20s was arrested at the scene and detained at Drogheda Garda Station under Section 4 of the Criminal Justice Act, 1984.

He has since been charged and will appear at Drogheda District Court at 10:30am on Wednesday, 23rd March, 2022.