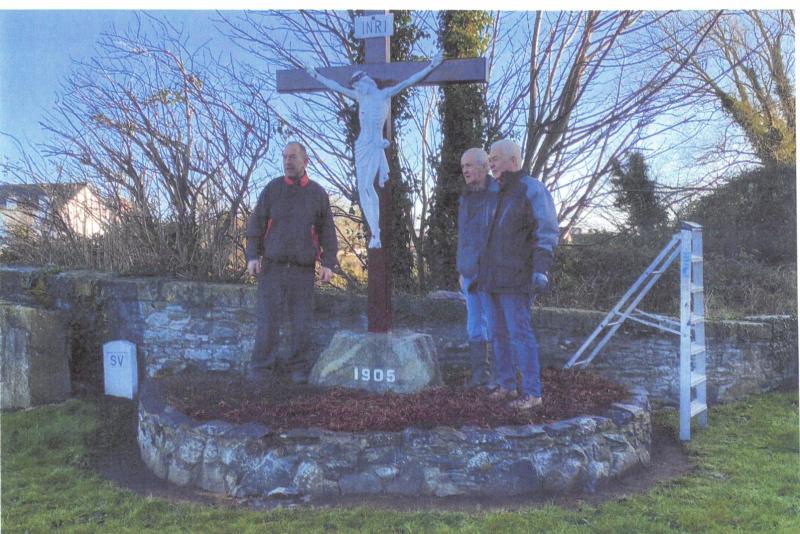 On the 18th March 2022 at 3pm, the crucifix at Annagassan Bridge will be blessed.

The Crucifix was erected in 1905 to commemorate the wedding of Augusta Mary Monica Bellingham from Bellingham Castle to John Crichton-Stuart 4th Marquess of Bute.

The steamer, The Princess Maud had to anchor just outside Annagassan as it was 9 years before the harbour at Annagassan was built.

The Wedding party were rowed in small boats out to the steamer.

The crucifix was well made and with occasional maintenance lasted until 2003 when sadly some vandal decided to cut it down.

It was partially replaced by local man Chris Mc Laughlin.

In 2020 Tommy Mulroy was approached by Brian O Neill who informed him that the timberwork of the Crucifix was in very poor condition.

Tommy, Brian and Gerry Leddy decided to take it upon themselves to renew the whole cross.
Gerry approached Lord Dunsany (Randal Plunkett) for the timber.

The oak is so good Tommy expects it to last another 100 years.