Trip Through Time: Where in Dundalk is ‘Traffic Place’? 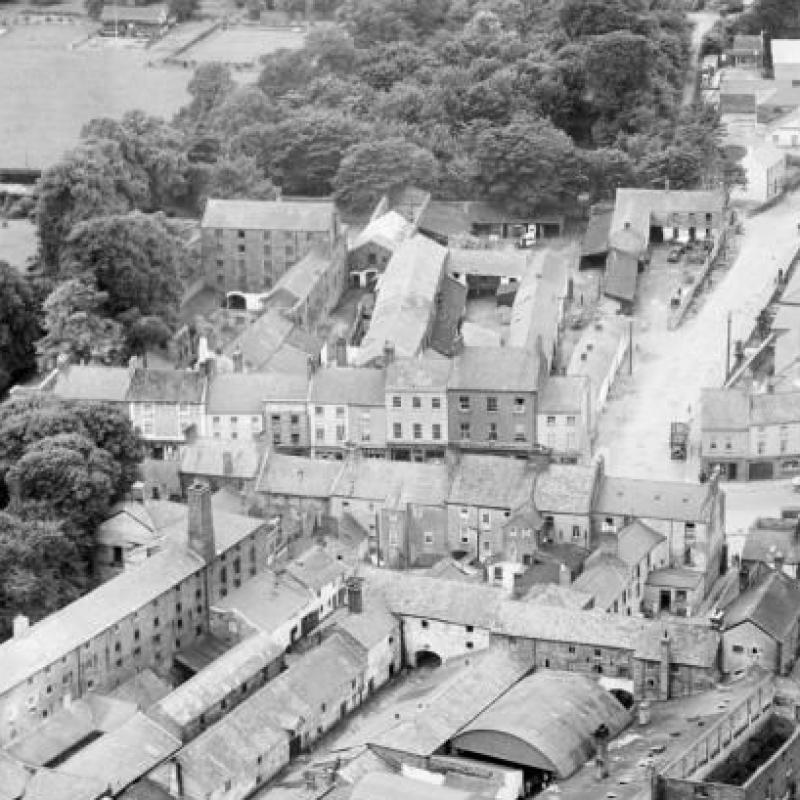 What in old Dundalk were known as ‘courts’?

These were cul-de-sacs off the main streets, usually entered through an archway, where many of the Town’s inhabitants lived in the nineteenth century, into the twentieth century when slum clearances took place.

Where was Haile’s Court?

This was a short street that joined Chapel Lane, now Chapel Street, with Union Street.

It was unusual for a Dundalk ‘court’ as it was open at both ends and there were never many houses along it but it may have been a cul-de-sac before Union Street was built in about 1830.

What in Dundalk are ‘The Dutch Billy Gables’?

These are the red brick houses at No.s 3 and 4 Roden Place, opposite the Century Bar.

They are so called because their design is copied from houses erected by followers of William of Orange in Longford Street in Dublin after the Battle of the Boyne and are distinguished by their stepped gables facing onto the street.

The Dundalk houses were built in the late eighteenth century by William Elgee, the architect who designed the Market Square for Lord Limerick in 1740.

Where is ‘Traffic Place’?

This is the road that leads from the Ardee Road, beside St. Malachy’s Villas to the car park below the James Clarke’s Railway Station.

It got this name because it originally led down to Dundalk’s first railway station for the Dublin -Belfast Junction Railway company, built in the 1840s.

In recent times, this building was the headquarters for the C.I.E. bus services in the region.

What is is the largest townland in the Dundalk Urban area?

The largest townland, comprising 895 acres, is South Marsh, behind the Sea Rampart that protects that part of the town from Dundalk Bay.

The second largest is Marshes Upper, with 799 acres, and the smallest is Cambrickville with just 35 acres.

The townland of Haggardstown comprises over 1,400 acres, Hainstown is just a little smaller and these are also in the new Dundalk Municipal District but, I believe, they are regarded as ‘rural’.

Before the Town Council was abolished in 2014, the four ‘Marshes’ townlands comprised nearly half of the Dundalk Urban Area when it was enlarged in 1946 to just over 6,000 acres; prior to that date, it was only 1,434 acres.

When was St. Patrick’s Day made a public holiday in Dundalk?

Where in Dundalk is Kelso Terrace and who was Kelso?

What part of Dundalk was once known as Parliament Square?

Where and what were the ‘Sally Gardens’ in Dundalk?