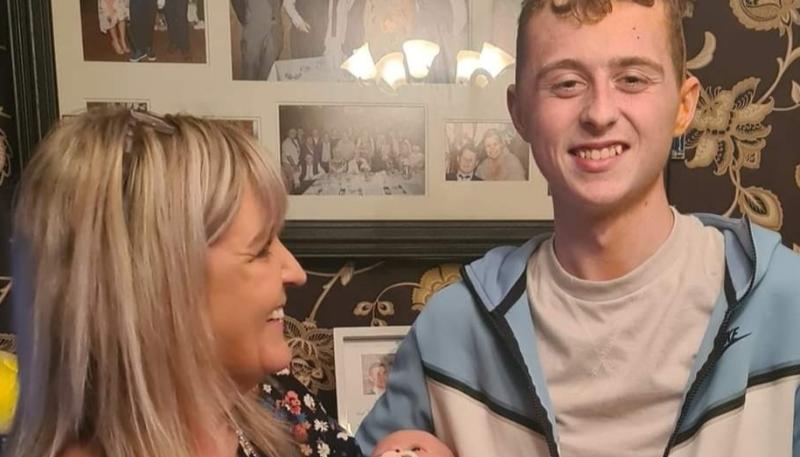 Stephen and his mother Jean

A Carrick mother has updated the public on her efforts to raise funds to get cutting edge treatment for her 18 year old son who was diagnosed with a rare and aggressive brain tumour.

Jean Woods' son Stephen had only turned 18 when he was diagnosed with a rare aggressive Glioma brain tumour which is growing on the right side and the stem of his brain.

The tumour has affected his sight and has also affected Stephen's balance.

Stephen will need at least three operations to have this removed and then will need the tumour blasted at the stem of the brain.

Earlier this month the Democrat reported on Jean's efforts to get her son treated abroad and she has since issued an update announcing that Stephen has been accepted for treatment in Texas.

"How do you know when to do right from wrong as mother my heart just broke with everything I have never had made such tough decisions in my life I just turned Beaumont down for Chemotherapy and radiotherapy they told me my son would lose his memory and behaviour change in weeks and it was going to be tougher on me then him because he wouldn't know me.

"My son is one of the wittiest character u will ever meet he has lost most of his eye sight, that I can deal with but I can't lose his personality.

"I applied to Texas, Chicago, Germany and Boston with Stephen's records.

"Texas has accepted us and we are feeling positive about it.

"We got a zoom consultation from Dr Burzynski .. I hate asking I don't even know where to start I'll do anything but we need to raise €300.000 to get my boy to Texas .. I so appreciate everything everyone is doing we are blessed with the best army behind us."

Donations to Stephen’s GoFundMe can be given at:https://www.gofundme.com/f/help-support-stephen