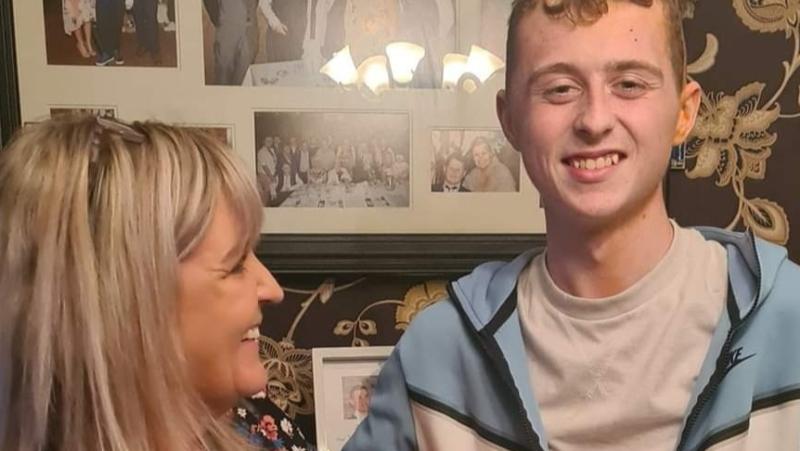 Stephen and his mother Jean

A Carrick mother is hoping to raise funds to get cutting edge treatment for her 18 year old son who was diagnosed with a rare and aggressive brain tumour.

Jean Woods' son Stephen had only turned 18 when he was diagnosed with a rare aggressive Glioma brain tumour which is growing on the right side and the stem of his brain.

The tumour has affected his sight and has also affected Stephen's balance.

Stephen will need at least three operations to have this removed and then will need the tumour blasted at the stem of the brain.

Stephen’s mother Jean, is determined to keep fighting and told the Democrat:

“We’ve sent Stephen’s files away and we’re deciding where would be the best place to take him.

“What I do know is it won't be Ireland because we’re getting no positivity or hope here…he’s only eighteen and I’m not losing him.

“He’s braver than me, he has his good days and he has his bad days, but when he’s in good form it’s easy, he’s lost his eyesight and the feeling down his left side.

“But I’m at the decision now whether to give him chemo and radium or can I get a cure outside of Ireland.

“It’s not the cancer that’s going to make him not know me, it's the radium that will do that, he’s got such a massive personality and I just can’t lose that.

“Unfortunately, no one can predict life expectancy but it will definitely be shortened. As a mother, and as anyone that knows me knows, I won't be giving up without a fight.

“I want to go further afield and look for more options in other countries to give my boy the best chance I can."

Jean expressed her thanks to all who have contributed so far, with the figure raised currently standing at over 21,000.