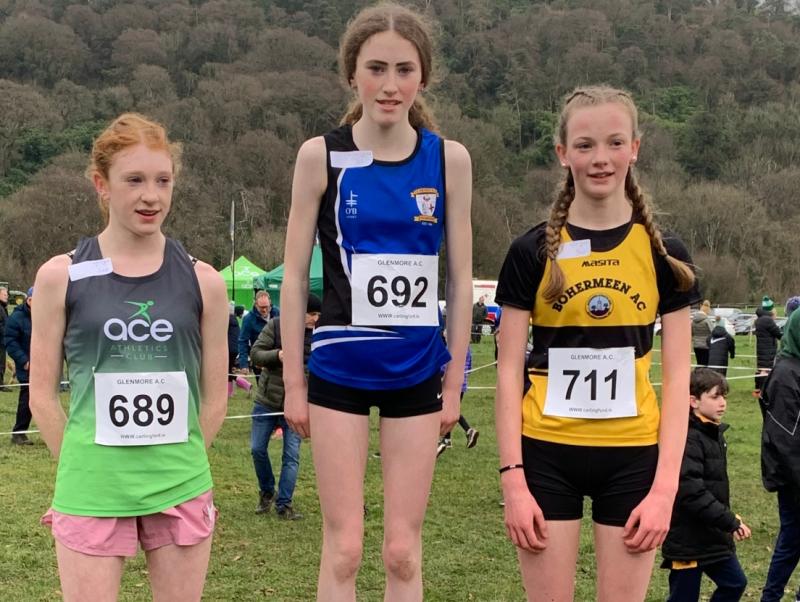 The adult races were preceded by a very well supported juvenile program which produced some great races.  Colm Duff got the ball rolling for the Dromiskin club running in his first competitive race finishing in fourth place in the boys under 9 race.

His older brother Conor moved up an age to run in the boys U13, but that didn’t phase him as he took the race to his competitors and with the first ten medalling he managed to get one for himself with a sixth place finish.

Cian Smyth has really applied himself at training this year to date and it’s really starting to show as he was just outside the medals, also in the boys under thirteen race.

Niamh Allen, who is always willing and able to compete for the club had another strong Cross Country run as she battled it out in the girls under thirteen race.

Keeley Mooney made her debut made for the club when she ran in the girls under fifteen race, running strongly from start to finish.

Donnacha Reidy made his return to Cross Country having missed the Louth Championships, but such is his ability it was as if he was never away from it. Running out of his age he gave it a real go and managed to finish in fourth place.

The last St Peter’s Athlete in action at the event was Dearbhla Allen and it was very much a case of leaving the best till Last. Dearbhla, also running out of age, ran superbly taking the lead from early on and finishing very strongly to take victory.

On January 29 some of the club athletes were in action representing their various schools in the North Leinster Cross Country Championship. The main prize at stake was qualifying for the next stage of the competition which is the Leinster Championship.

Three of the club’s athletes advanced with all three coincidentally finishing in third place. Winning bronze medals were Dearbhla Allen in the Girls junior race and both Rory McLoughlin and Niamh Brady in the senior races.

Tom managed to throw 9.01 which was enough to earn him the bronze medal to add to his already impressive National medal haul.