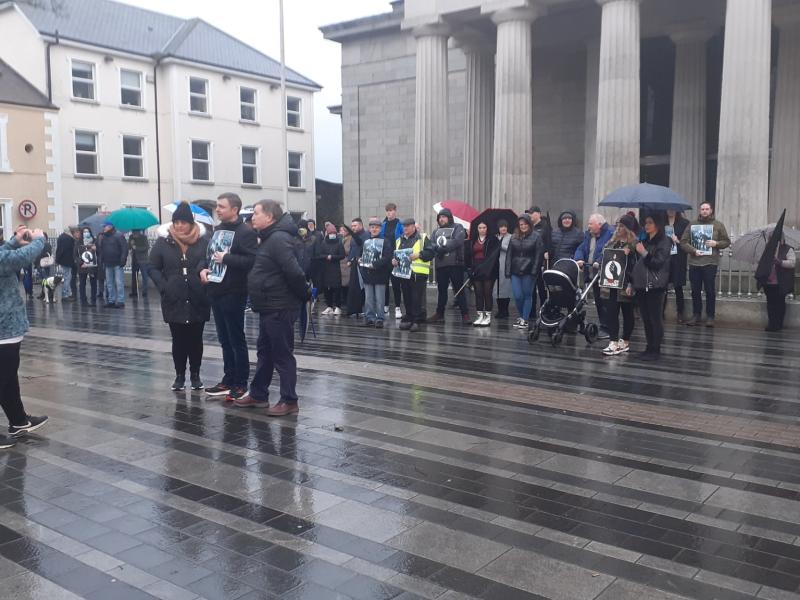 Dundalk was one of a number of venues across the island that marked the fiftieth anniversary of Bloody Sunday in Derry.

Crowds gathered at Market Square at 4pm on Sunday to mark the anniversary of the killings of 14 men and boys by British soldiers in Derry on 31st January 1972.

The event in Dundalk was addressed by Deputy Ruairí Ó Murchú who said people were there in solidarity with the families in Derry who had shown “inspirational resilience, determination and courage over the last five decades.”

“It is with the passing of the years that we have learned of British state collusion in many deaths.

“The reality is that when the British government talk of a ‘Troubles amnesty,’ what they really mean is hiding their dirty war in Ireland, from the top down.”

Deputy Ó Murchú said there would be an opportunity to speak about legacy issues in Leinster House this week.

He said he would raise the deaths of Seamus Ludlow, as well as Jack Rooney and Hugh Watters in the 1975 Dundalk Bombing in Crowe Street.