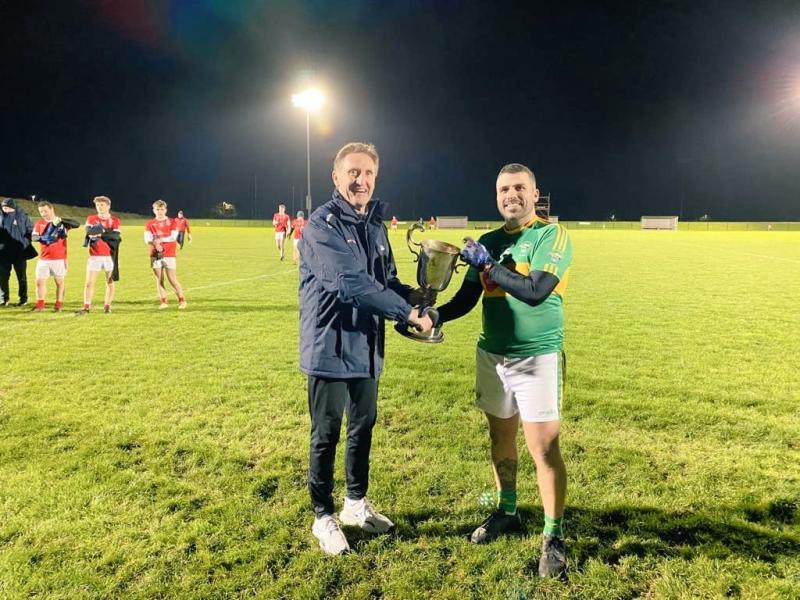 At this month’s Louth County board meeting, most players and clubs had their interests firmly peaked around the debates over reforms to the local GAA calendar and whether Proposal A or B would get over the line. Both of course would radically change the shape of the adult game.

As is pretty much common knowledge to most Louth Gaels at this stage, it was Proposal A that ended up getting passed, creating a split season meaning county players would no longer participate in the early rounds of the league and in preseason competitions.

But while all the media attention going into the meeting was in relation to these proposals, another motion dealing with reserve teams went unnoticed.

Derek Crilly, the current Louth GAA Development officer was front and centre to calls for reserve teams to be allowed get promoted beyond division Four, thus giving these sides something to aim for and make the lower rungs of the league more competitive as a result.

In his eyes this was all about making sure we keep as many players involved with the sport as possible, a problem which could be particularly prevalent amongst the bigger teams in the county who have a larger playing base to work with.

The motion to bring these changes to the leagues for club’s second teams was defeated, but that doesn’t mean the issue will be forgotten.

“It is something I would like to see eventually going through” exclaimed the Dundalk Gaels clubman. “I know maybe not everyone, like some Junior clubs, were behind it but there is Pros and Cons to everything, and I just feel we need to give avenues to every club, that they can compete.

“The 21st player in Naomh Mairtin or St Mary’s could be a really good player and their progression is probably a little bit stunted in terms of only being able to play in Division Four. There is probably less fixtures involved, and they are more sporadic.

“I can completely understand the Junior teams’ perspective, that they have their own problems and there is no perfect solution. But I wouldn’t like to see it dead in the water, I think it is something that could be looked at again and at least be trialled at some stage.”

Allowing these teams to compete at a higher level is not a crazy notion. In fact it is something that works a treat in many counties where the larger sides get the chance and even sometimes win not just league titles but championships as well.

Crilly is not expecting these second teams to compete in the Junior championship any time soon but is hopeful the bigger clubs will eventually come round to the idea when it comes to the league, knowing that it offers up a chance to develop more players than they currently can in the Lower Leagues.

He feels players may be slipping through the cracks due to a lack of meaningful games, thus Louth may be missing out on developing more top-quality footballers.

“I know in other counties, the likes of Crossmaglen Rangers had their second team in the Junior Final in Armagh, Scotstoun in Monaghan again compete quite well in Junior championships.

“I’m Looking at in different circumstances. Crossmaglen are of course a massive club, I know you see this (promotion and relegation) also a lot in Dublin, where there could be 12 Divisions and teams can work their way up.

“Every circumstance is different, but it is all about making sure Louth continues to produce top players. If the likes of the Martins, the Marys, Cooley, the Pats; if they can produce big squads then hopefully, they can help us push this through in the future.”

Commenting on the possibility of Reserve teams one day playing in the higher leagues, Louth GAA chairman Peter Fitzpatrick firstly wanted to praise Crilly, who currently chairs the Louth Strategic Review Committee, for bringing changes likes this to the table for clubs to mull over and debate on.

He like many others can see the benefits of allowing reserve teams into higher divisions, but stressed it was vital that they also took heed of the wishes of the Junior teams. Their thoughts on these changes are just as important as any of the bigger senior clubs.

He believes creating a dialogue is vital, but that at the end of the day if the majority of teams want these changes they will be implemented.

“It was probably the right decision not to bring it through this year as we don’t want to feel as if we are pushing through too much” stated Fitzpatrick as changes to the structures of the league had already gone through.

“The most important thing is that we have to protect the clubs at the lower grades. Their biggest fear is clubs with second teams, but we just have to look at the whole structure that is there and communication is the best way to deal with this issue going forward.

“We will work over the next 12 months at county board meetings and speak with club delegates. We will work with Derek’s Review team and will then study this issue again and I’m sure this opportunity will come up again because if the clubs want it, they will get it.”