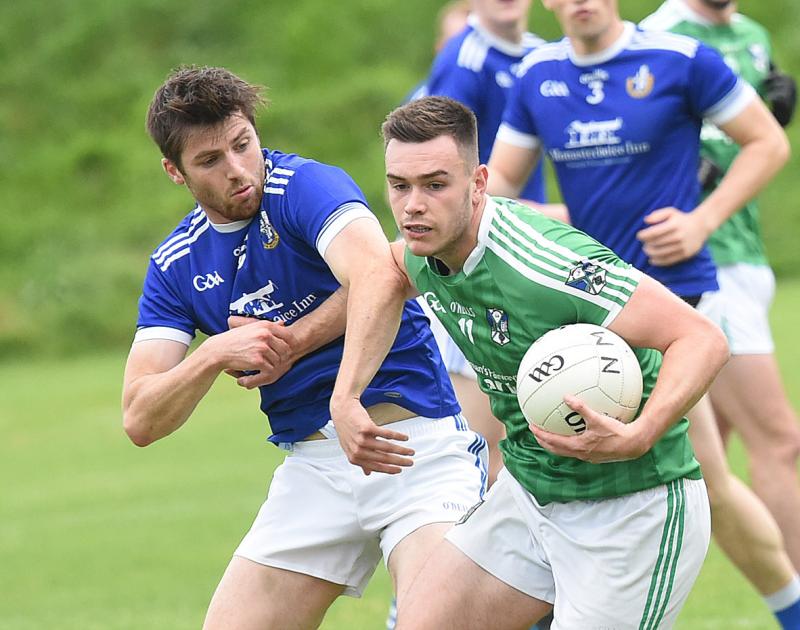 At the first Louth GAA County Board meeting of 2022 earlier this month, club delegates made a big decision on what sort of adult competitions they wanted to see going forward.

Proposal A focused on the league, splitting it into two stages where for the first-round clubs would not have their county players.

Once Louth’s championship was over, they would return in games worth more points, while the 12 teams in the top two divisions were split into groups of six, leading to five meaningful games against similar opposition where there is highly contested relegation, promotion and title battles.

Proposal B was a far more radical one that instead focused on bringing the leagues and championships more in line. Are you are Senior championship team, well then you were in the Senior League.

In the end, the clubs chose to go with Proposal A, with nobody quite as delighted to see this seamless result then Louth Development Officer Derek Crilly.

The Dundalk Gaels clubman has in recent years chaired the county’s strategic Review Committee that looked at ways to rejig adult football. Yet it wasn’t the leagues reforms that excited him, but the set calendar which he feels is where the players will really see the benefits.

“I think the most crucial part is you will be able to give players a calendar in advance that will stay there and is not reliant on how far Louth will go in the championship” explained the former county star. “The fixtures will be played barring exceptional circumstances.

“That consistency, enabling players to plan little breaks or holidays, stuff like that. A lot of things go on outside of football and people will always want to get away at certain stages so by giving them a calendar they can work off they’ll all be happy which is the most important thing.”

Not only does the Proposal begin Louth’s journey into implementing a split season between inter county and club GAA, it also has the added benefit of the local scene slowing building up steam as the year goes on.

While it means county players won’t be available early on, the split in the higher divisions as well as the extra points on offer when the Louth players return will see the action kick up a gear at that stage of the year before all roads lead to the championship at the end of the season.

Crilly is adamant that this is a great feature of the change, allowing players and managers to plan for the year ahead, knowing the games will be getting more and more important as the year goes on.

“It puts the season into phases, you have the preseason competitions and then you’re heading into your league matches which will be played mainly without your county players which is another step up in quality and then you move into the split where the star players are back.

“The competition then becomes a little more heightened. Relegation is at stake; promotion is at stake, and you are well prepared going into the championship.”

“It kind of sees the action ramp up throughout the year and all builds towards your championship, which is a good competition at the moment and hopefully it runs off like this.”

Of course, speaking of the championship, unlike in Proposal B there will be no tweaks to any of the championships, at least in the next few years. Yet that doesn’t mean that there isn’t some room to improve those competitions in the future.

The Development Officer feels one change that he would like to make is to allow two teams to earn promotion each year. The cutthroat nature of the current format has seen many teams capable of competing in Senior not being able to make that breakthrough.

He understands there would be some backlash to such a change but feels that a more constant shifting of the teams will help make the championships more exciting for the players and supporters alike.

“The likes of the Fechins, who have been a very consistent team over the last number of years, yet they just weren’t able to get out of Intermediate. They are someone who could have prospered in Senior Football” Crilly believes.

“Maybe have both championship finalists go up. It perhaps takes away from the winner goes up mentality, but that is something that should be discussed so we have a bigger turnover in terms of who’s in the Senior championship and keep it fresh.”

Louth minor and under 20 teams learn championship opponents for 2022

The Big Chimney and 'The Red Brick Town'