Hounds led to a merry dance at local coursing meeting 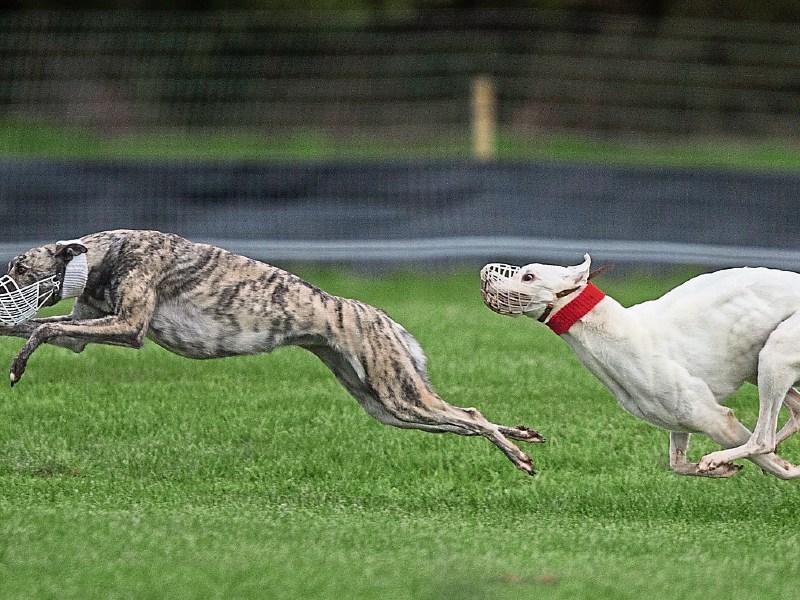 Good hares make a good meeting – great hares make a great meeting. The 2021 renewal of Dundalk & Dowdallshill coursing club’s two-day gathering on St Stephen’s Day and the day after, the first in two years, was in the latter category.

The Commons on Dromiskin’s Green Road was the venue, as always since 1971, and in conditions that were nigh perfect –something of a miracle given the weather there on the two previous days – the sport was of the highest order.

The finals day attendance was a reminder of the crowds that used to flock there in the 1970s, and even the most discerning of the patrons, coming from many parts of the country, couldn’t have been but satisfied with what was on offer.

Well-trained hares gave a tremendous account of themselves, the vast majority saying goodbye to their pursuers having been turned just once.

Sixteen went to slips for the feature event, the Corn Cuchullain, and having run a succession of good trials, Lark Lane Me, a tidily-built bitch owned and trained by Pat and Geraldine Barrett from Derry, proved too good for Cracking Steel, who might have created history by becoming the first to reach this prestigious competition’s final having come in as a reserve.

This was a double triumph for Lark Lane Me. As the bitch to go the furthest in the competition, she also earned connections the Paddy Carroll Cup, which commemorates one of the promoting club’s stalwarts of a number of years ago.

A local winner is always popular, and, therefore, there were many rooting for Dice Lady when she went to slips for the final of one of the two Oaks Trial Stakes on the card.

Unfortunately, the white-and- blue brindle, owned by Knockbridge’s Caoimhe Hoey, who shared the role of meeting’s announcer with Dundalk girl, Amy Rose O’Connor, met one too good for her in the Co Tipperary runner, Good Woman.

The same fate befell the Laurence Jones Carrickmacross kennel’s Coal Oil Hope in the final of the Derby Trial Stake. Successful in this final went to the Co Westmeath entrant, Killucan Pat.

There was better luck for the Crossmaglen runner, Urker Duke. Running for the fourth generation of family owners, Masters Ethan and John Gregory’s dog was the clear-cut winner of the Johnny and Gerard Heeney Workers’ Stake, beating Fane Gezhou, owned by the Kilkerley-based father and son combination of Martin and Paul Sharkey.

This was the fourth stake winner for the Gregory kennel at the venue.

O'Byrne Cup Preview: Get the lowdown on Louth's three opponents

Slight fall in road fatalities in Louth in 2021