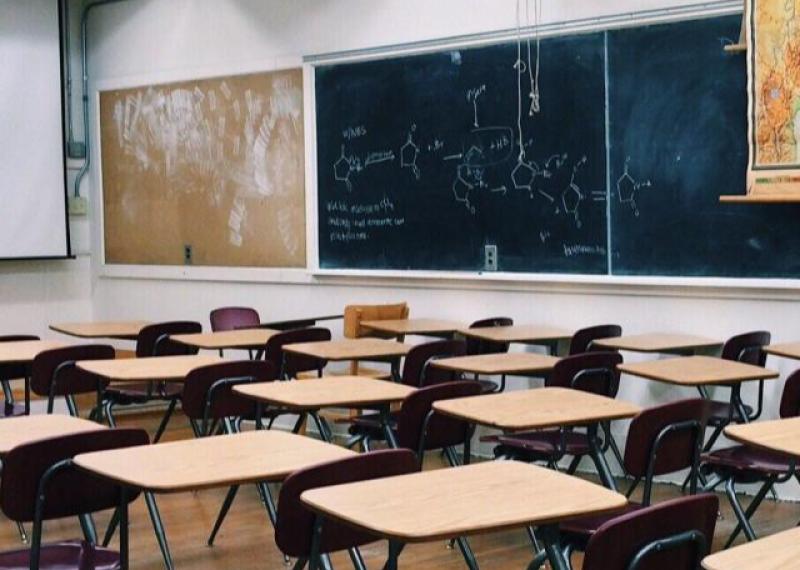 The regional representative for the North-Eastern branch of the ASTI has described it as “beggars belief” that basic covid safety concerns have not been addressed by the Department of Education.

Ray Nolan, who is a teacher at St Mary’s Diocesan school in Drogheda, was commenting as secondary schools officially reopened on Thursday amid rising covid numbers nationally.

“We’re just trying to get on with it,” Mr. Nolan told the Democrat.

“Schools are doing their best to maximise the number of students attending, while also seeking to provide the safest environment possible in very difficult circumstances.

“In the Louth region, generally we estimate that there were about 20%-25% of students absent yesterday, [Thursday] and I think there’s more today [Friday] given what I see around here.

“We had about 8-10 teachers out yesterday in my school and I think there’s a couple more out today.

The ASTI have expressed their dismay at the lack of progress on school safety and implementing extra supports, concerns echoed by Mr. Nolan.

“It’s not getting any better.

“The ASTI had a standing committee meeting on Tuesday, and we made it very clear about our reservations regarding schools reopening without the provision of medical grade masks, and we still have a situation where many classrooms are in need of HEPA filter filtration units.

“Particular risks remain for those teachers and students who are medically at high risk.

While cautiously welcoming government efforts to alleviate the staffing shortage, and a commitment from the Department to consider the need for higher grade masks in schools, Mr. Nolan maintains they simply aren’t moving quickly enough.

“It’s beggars belief that nearly two years into this pandemic that basic facilities like adequate ventilation, filtration units and provision of medical grade masks are not available.

“It’s great to have the extra support from student teachers, but it could possibly get to the stage where there are so many teachers, SNAs, principals and deputy principals out [schools wouldn’t be able to function].

Echoing many of the concerns expressed by the ASTI, the Louth-Meath regional representative for the Irish Second Level Students’ Union (ISSU) also expressed serious concerns about the recent government announcement on the reopening of schools.

In a statement given to the Democrat, Eva Grace criticised the lack of student consultation from the Department of Education and other stakeholders:

“The Department’s announcement of the reopening of schools across Ireland means that there will not be enough time to prepare schools properly.

“This approach risks not having adequate enough changes to schools before students and staff return, jeopardising our safety in classrooms.

“When I found out that the Department failed to consult the ISSU, and many other education stakeholders about their decisions, I was outraged and annoyed.

“We were merely briefed about plans that were already finalised before anyone joined the meeting.

“The Department has also failed to address the difficulties of staff-shortages or student absenteeism.”

“This means that not every student will be receiving the same standard of education, and this is an incredibly unfair outcome, especially for exam year students,” Ms. Grace concluded.