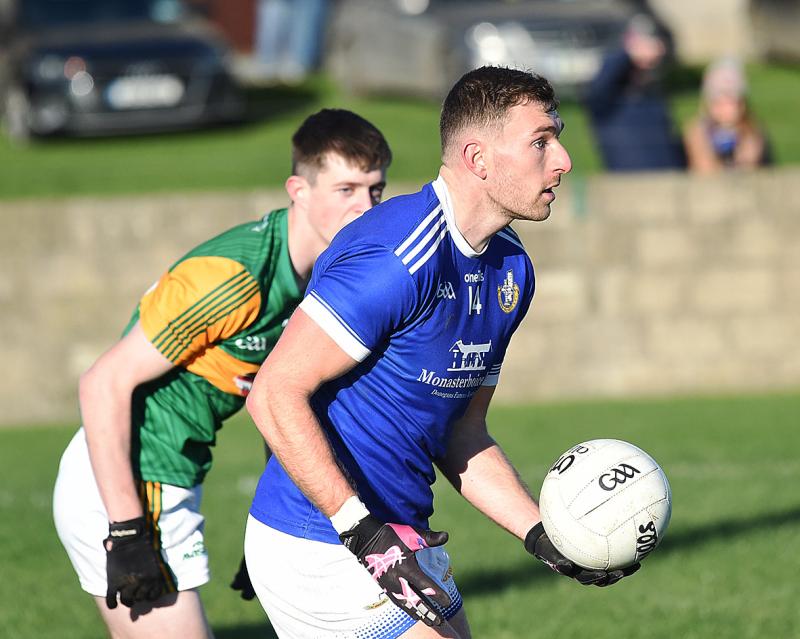 This is the 50th year of the provincial and All-Ireland senior club championships, but not their fiftieth running. Covid saw to it that last year’s presentations went by the board and with it Naomh Mairtin’s chance of a first taste of football beyond the confines of their county.

But these hugely popular competitions are back on the schedule, and by retaining the Joe Ward, the Jocks get the chance to represent their county. You would like to believe they’ll make a good fist of it.

They’ve already had an outing, taking on Carlow champions, Rathvilly, at Haggardstown on Sunday week last, and by winning hands down, have heightened expectations of a Louth team at last making a breakthrough at senior provincial level.

Sean O’Mahony’s, Dundalk Gaels and Geraldines have registered at intermediate, but although represented in the final on four occasions, Louth has yet to claim a senior title.

Newtown Blues, playing in the first final – in 1971 – were beaten by Offaly side Gracefield, and four years later, Cooley Kickhams suffered the same fate, going down to a star-studded UCD side, who went on to add the All-Ireland.

It was no better for Kickhams when they made it back for the ‘77 final; Portlaoise, led by the elegant Tom Prendergast, were too good for them at Croke Park.

Mattock Rangers have had four tries, and the closest they’ve gone to winning was on their debut. After taking the county title for the first time, beating St Bride’s in the 2002 final, they impressed with a trouble-free run to the provincial final.

There’d have been more Santa Claus headgear on show than red-and-black colours, such was the proximity of Christmas to the day of the decider, but there were no goodies for Rangers; Meath’s Seneschalstown beat them by six points.

Whereas Naomh Mairtin had to wait until the second half before nailing down the county final, they were home and hosed long before the change-over against Rathvilly. They set out playing against a strong breeze, but by claiming two goals coming up to the interval, the second half was never going to be anything but a formality.

Rathvilly, who had scuppered Eire Og’s hopes of a fifth successive Carlow title, were earnest triers, but just couldn’t manage the wind, and, more important, have an answer to a Mairtin’s side playing the free-flowing kind of football we have come to expect from them. It ended 2-16 to 1-5.

While much has been rightly made of the tallies the Louth champs have been amassing, with ace marksman, Sam Mulroy, topping the charts, their backs have been more than paying their way. The Rathvilly goal, coming from a rebound, was the first time Craig Lynch had to dip into the net in championship football this year.

Mairtin’s are back to McGeough Park this weekend for a meeting with Wexford’s Shelmaliers. It’s a quarter-final and if the home team win, they’ll be on their way to Croke Park.

Giving the competition a fillip it deserves, the authorities have named headquarters for the semi-finals, and should Mairtin’s make it, they’ll be the fourth Louth club, following on from Blues, Cooley and Geraldines, to play there in this competition.

Kickhams, in fact, had a couple of games in Croker, playing Kildare’s Raheens in the ’77 semi-finals before meeting Portlaoise. Gers’ outing – against Ballymun Kickhams - came in the opening round after they’d won the 1982 county title.

It’s nearly impossible to judge the standard from county to county, but there’s a feeling that Mairtin’s Louth championship win was way above recent-year averages.

The Monasterboice team, arguably the best prepared this county has fielded with its very experienced back-up, are scoring for fun, while defence is frugal to the point of being labelled skinflints.

The county can always do with a bit of a lift. However modest it was, the county team winning promotion in the first half of the season was a start.

Mairtin’s, and the county’s other representatives still standing at the time of writing, Glen Emmets (junior), who played this afternoon, are making decent progress in Leinster and it would be a further step in the right direction. What’s that they say? From small acorns mighty oaks grow.