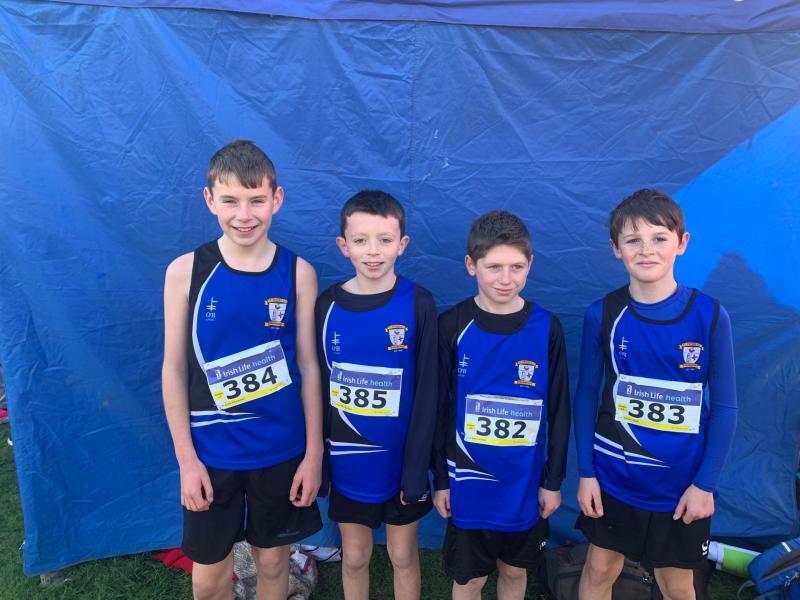 Ross Hillen who was running in his first National championship had a fantastic run finishing really strong to finish in sixteenth place overall, out of 170 finishers. He also managed to be part of the Leinster provincial team that won Gold, which secured him his first All Ireland medal.

Ross also led home the Louth under twelve team which had three other St Peters athletes who all enjoyed and learned invaluable experience. Conor Duff, Liam McKeown and Cian McQuillan can all be proud of their achievements in making it to the All Ireland’s.

Dearbhla Allen, who has enjoyed a fantastic season winning both Louth Under fifteen and under sixteen Championships had a strong run considering she has just recovered from an injury layoff to finish 27th overall, narrowly missing out on a national medal as part of the Leinster team.

However Dearbhla can take confidence from her performance when it comes to running in the under fifteen national race in two weeks time. Yet when it comes to winning National Cross Country medals the St Peters club looked no further than the old reliable Niamh Brady.

Moving up an age and running with the juniors didn’t phase her as she managed to win yet another national medal as part of the Leinster team, adding a bronze this time to her already impressive collection. Unfortunately Cian Gorham, who has been struggling of late with a knee problem ran really well for 4000M of the 6000M U18 race.

However he was in obvious discomfort going into the last lap and wisely decided to discontinue. Cian has enjoyed an unbelievable season, mainly on the track which culminated with making his international debut and now will get a well earned  rest before taking on the challenges that 2022 will bring.