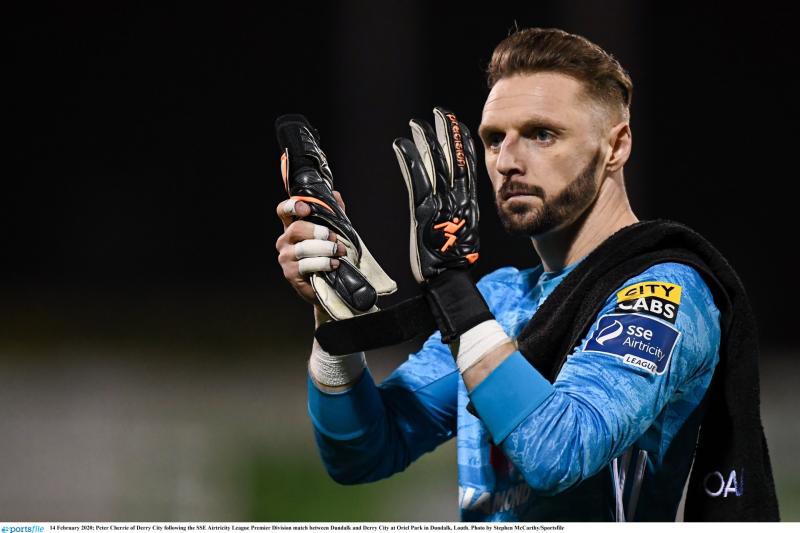 Peter Cherrie says that he would love to remain at Dundalk FC next season after helping the club consolidate its SSE Airtricity League Premier Division status in recent weeks.

The 38-year-old goalkeeper was reinstated between the sticks for the final 10 matches of the campaign, with Dundalk losing just two of those as they finished a respectable sixth.

Like most of the first-team squad, Cherrie is out of contract next month, but the veteran Scotsman – who is in his second spell – is hoping to remain at Oriel Park in 2022.

“I said all along that I would like to stay on, but that’s totally up to the club and the powers that be,” he told The Democrat. “I’m always at the end of the phone. I still feel great and I think everyone knows that. I think I’ve proved that.

“Goalkeepers, it’s a tough position to play. If you make a mistake, you’re going to get hammered for it and we’ve had a few – me myself as well.

“It’s a mental thing and you’ve got to get past it. I think I did that and I stuck around. I trained as hard as I could and I got my chance and I’ve never looked back to be honest.”

Dundalk finished their season last Friday night with a 2-1 home defeat to one of Cherrie’s former clubs, Derry City, with The Lilywhites spurning a number of goalscoring chances.

“We’re disappointed obviously not to get the win,” he said. “It was 100-mile-an-hour right from the start. It was a great game, a tough game.

“We knew Derry weren’t going to come here and just treat it as an end-of-season, play-for-nothing type of game and neither were we. But I’m disappointed we didn’t get a win.

“I think that’s been the story of our season. Penalties and offside goals. We’ve just got to get on with it. I suppose the main thing is we’re safe.”

Things were looking good for Dundalk when Sean Murray put them ahead on 34 minutes, but goals from Ciaron Harkin and Jamie McGonigle cancelled out that opener.

“I didn’t (see it) to be honest,” said Cherrie as he recalled Harkin’s leveller. “He was coming and we backed off and all of a sudden, it just opened up for him and he hit it.

“To be fair to Andy (Boyle), he tried to stick his head in front of it, but it just took a little nick off his head which took it into the corner.

New build for Ardee school to begin next year