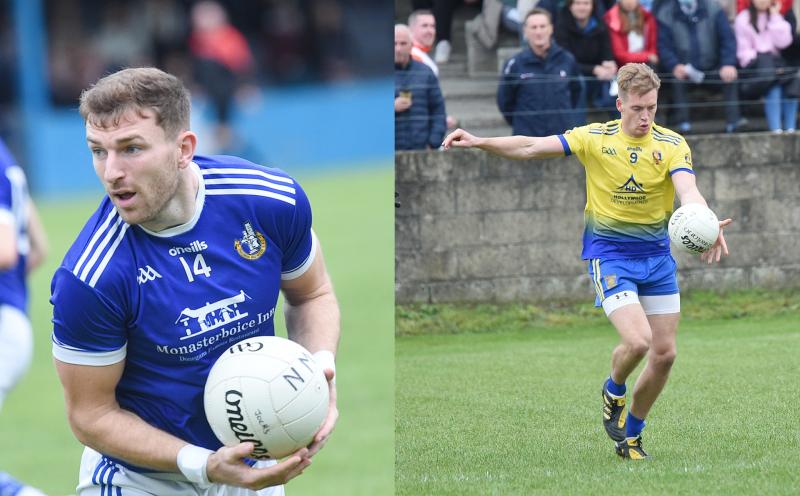 St Mochta’s are sailing into unchartered waters on Sunday, taking in their first senior championship final; but although it’s just three years since they were involved in the county’s biggest day for the first time, the team aiming to end the Villagers’ dream are now as much part of the scene as the pre-match parade, or the Co Board chairman throwing in the ball.

Naomh Mairtin are appearing in their fourth consecutive county final. They competed with the holders, Newtown Blues, on their debut in 2018 and nearly made it a winning first throw of the dice.

The game was theirs with less than 10 minutes remaining, but a glaring error, and maybe, just maybe, lack of big-game experience, contributed to them conceding a hard-won lead – and the title.

It was easier for the Blues when the sides again crossed swords 12 months later. There may then have been a feeling around Monasterboice that they weren’t destined to get their clutches on the local game’s most prized trophy – at least not in this era.

But, a couple of years on and Mairtin’s have not only acquainted themselves with the Joe Ward, they are the overwhelming favourites to make it two title wins on the trot. Their success last year was at the expense of St Mary’s, the final played in front of what you could say was a selected audience in Darver, Covid-19 having  stretched Louth GAA authorities – like many others in all sports – to get things done.

Pairc Mhuire, Ardee, staging its first final since Mattock Rangers ousted an Aaron Hoey-inspired St Bride’s side in 2002, the Collon men taking the title for the first time, is the setting for a final that lacks absolutely nothing in intrigue.

Okay, so Mochta’s are odds-against; but they were in the same position when the draw was made for the qualifiers, pitting them with Mary’s and St Patrick’s. And it was the same when they renewed rivalry with Mary’s in the semi-final, having edged past Pat’s in one of the competition’s best matches.

They answered every call then, and few around the Village believe they can’t do so again in the setting that matters most.

Fergal Reel, the brains behind three Ward Cup wins in his four-year spell in Lordship, wasn’t taking a huge risk to his reputation when he agreed to take over at Naomh Mairtin.

Yes, there would have been disappointment after the two Newtown Blues defeats, but the panel the South Armagh man would be trying to whip into a winning shape had a good age profile – the evergreen JP Rooney and Mick Fanning excluded – and lacked nothing in talent.

Sam Mulroy was scoring for fun in most games for club and county, the aforementioned Rooney was more than a hod-carrier, Thomas Sullivan, John Clutterbuck and others – two of whom, Conor Healy and Conor Morgan, carrying surnames long associated with the club – could be relied upon in defence, and there would never be much of a problem putting together a decent midfield.

Reel’s biggest task was probably getting the panel to believe in themselves. He would, however, also have had to plan to make sure Mulroy wasn’t short on supply. One-time Donegal supremo, Jim McGuinness,  a constant visitor to Monasterboice training sessions, would hardly have disagreed with what Reel had in mind.

Mulroy is a marksman who, as is often heard, knows where the posts are. The watching Mickey Harte and his county team second-in-command, Gavin Devlin, couldn’t have been but impressed with the way in which the No 14 went about his work at Dunleer on Bank Holiday Monday, Mairtin’s helping to make it a most dismal afternoon for the Blues.

But if Mairtin’s have an ace-in-the-hole – a number of them, in fact – when it comes to putting scores on the board, Mochta’s are not exactly deprived of potential match-winners either.

The Byrne brothers, Declan and Ciaran – the latter known to just about everyone, his dad, Brendan, included, as ‘Casey’ – have good records as marksmen and playmakers. They were good against St Mary’s last time out, and are a pair that will certainly appreciate Pairc Mhuire’s open spaces.

Mochta’s obviously identified Jonathon Commins as a dangerman in the semi-final and assigned a player to shadow the young man who came in with a record score in a minor championship final a few years ago.

Mulroy would have featured in team talks since it became known the champions would be providing the opposition in the final, and it will be interesting to see what Mochta’s sideline men, Kieran Quinn and Paddy Martin, come up with to halt the ace scorer.

They’ll be putting their faith in Gerry Garland and Danny Kindlon – aided, perhaps, by Philip Englishby – in the hope of their side gaining a midfield advantage. Craig Lennon is another carrying a responsibility, and as he takes his place in defence, Ben Goss-Kieran will be hoping to emulate his father, Colin Goss, whose first appearance in a final – with St Patrick’s 18 years ago – was a winning one.

Mochta’s will go into the game with all the enthusiasm you’d expect from first-timers but it may not be enough. Mairtins’ experience, allied to their scoring power, could be enough to see the trophy remaining in Monasterboice.