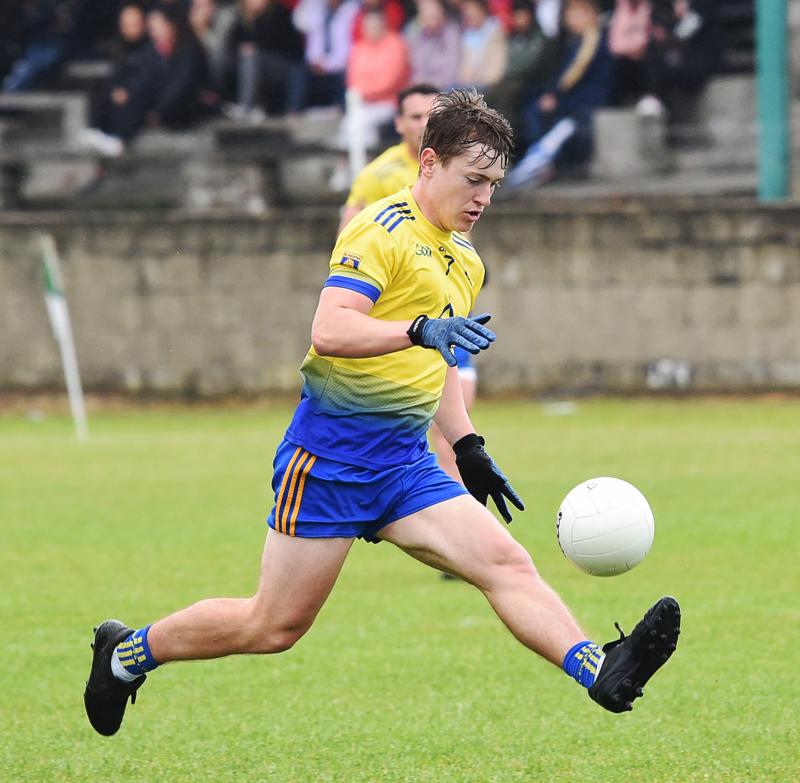 If, as they say, a team has to lose a final before it wins one, St Mochta’s won’t be presented with the Joe Ward Cup on Sunday. The Villagers are at this stage for the first time since their club was founded in 1934, and, therefore, have never visited the winner’s enclosure that has all the trimmings.

But, you can be sure there are plenty around Pairc Mochta who between now and the final will be saying, “Stuff what ‘they’ have to say; we may be first-timers, but we’re going to make it pay.”

Let’s take a look at the records over the past four decades and see just how many teams who didn’t make it at the first go come good at a later stage. St Fechin’s were the first.

After losing to St Mary’s in the 1968 final, a game noted for Pat Landy’s cheeky back-heeled winning goal and one of the great Kevin Beahan’s closing matches in the blue of Ardee, the Termonfeckin side caused a mild surprise by beating the champions, Geraldines, in the 1983 final, their first final in 15 years.

Fechin’s made a solid defence of their title, beating St Joseph’s at The Grove. This was known as the Centenary Year final, and as was the case the previous year, the champions were captained by Tommy Mulry.

That was the Joe’s first appearance in the final, and they would lose another – to Stabannon Parnells, on a replay, in 1994 – before coming good two years later.

Stabannon were again in opposition in a fiercely contested mid-Louth derby, and they made no mistake this time, winning by 2-11 to 1-8. Ollie McDonnell was man of the match.

Mattock Rangers had twice lost to Cooley Kickhams in 1970s finals, and before that went down to an emerging Newtown Blues side at the beginning of the 60s.

They were again beaten by the Blues in 2001. The Collon men, therefore, weren’t winning out of turn when scoring for the first time in 2002, beating surprise-packets, St Bride’s in Ardee.

And good champions the red-and-blacks proved themselves to be, going all the way to the final – when beaten by Meath’s Seneschalstown – in their first Leinster foray.

Mattock were succeeded as Louth champions by St Patrick’s, and here was another team out to redeem for an earlier defeat. Pats had lost to St Mary’s on their senior championship final bow in 1995; and indeed it was the Ardee side they met in ’03.

Destined, it seemed, to again fill the runner-up spot, trailing by four points with time almost up, Pat’s conjured up two very late scores - a Ray Finnegan point and a Shane Hynes goal - to force a draw.

Niall Sharkey was again in fine scoring form in the replay, but the ace freetaker’s haul wasn’t enough to earn Mary’s victory. Pats showed a huge improvement to take the Joe Ward for the first time; and over the following 12 years would prove themselves the county’s dominant force, collecting the title six more times.

Pats’ last win came in 2015. Their opponents, Sean O’Mahony’s, had won the intermediate title the previous year, but were senior final rookies when they faced the holders in Drogheda. If O’Mahony’s were disappointed with their defeat that day, it didn’t take them long to get over it.

The men from the Quay were back at the Gaelic Grounds 12 months later, and this time had the winning formula, their towering full-forward, Conor Crawley, playing a crucial part in the game’s deciding score.

The defeated side? St Mary’s, who by now were enthusiastically feeding their habit of losing on the big day. Much to the chagrin of all associated with the Pairc Mhuire club, it’s been much the same ever since. Mary’s were in last year’s final and once again defeat was their lot.

In what was the most incredible of seasons, when Covid-19 ruled and games could be watched ‘live’ by only a handful, all others having to depend on pictures transmitted by LuTV, the final brought Mary’s face to face with Naomh Mairtin.

They were at this stage for the third successive year having made their debut two seasons earlier. Mairtin’s were beaten by Newtown Blues in 2018 and again the following year but made it third time lucky in the first final to be played in Darver.

So, there it is, the half-dozen – St Fechin’s, Mattock Rangers, St Patrick’s, St Joseph’s, Sean O’Mahony’s and Naomh Mairtin – who learnt from their experience, turning disappointment into delight in the period under review.

It wouldn’t be the worst of company to be in, but Mochta’s don’t want to go there. They want to make their first strike a winning one, adding the biggest title of all to their 2018 intermediate title and the four they’ve won at junior. Also in the Village cabinet is a win in the old second division grade, collected the year after they first saw the light of day.

Inside Track: Rob Kearney takes change of sporting scene in his stride

WATCH: Abba are BACK with a brand new album and an Irish county gets a mention!