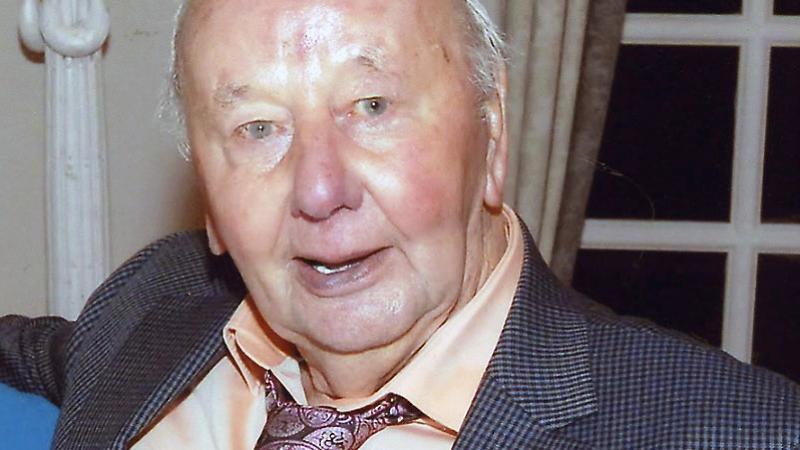 Taking over from Paddy King on this paper’s sportsdesk in 1978 presented me with a challenge. “The Scribe”, as PK was known by some, had created one of the best-read GAA pages of any ‘local’ in the country.

I had been one of his helpers for about a decade while at the same time manning the machine that printed the sheet at 3, Earl Street. George Connolly was another who lent assistance, but for much longer than me.

I knew I’d have to lean on George and many others if I was to maintain the standards set by King. As there’d be a full programme of club matches to be covered each weekend along with previews and other stories when the season was at its height, the assistance of club PROs and others would be essential.

It was encouraging, not to mention much appreciated, when within a week of settling down in front of an old Underwood 10, there was a rap on the door from a couple of said PROs. “I’m in,” was, more or less, what Geraldines’ Terry Sloane and Sean Conlon from Roche Emmets had to say.

My brother-in law, Stephen Loughran, a Dowdallshill clubman, said he’d also give a dig-out, and when contacted, George Connolly, said something like “not a bother”. Tommy Reynolds, a Dundalk GAA veteran, would also be on board.

Now for the tricky bit, trying to remember the many others who were on the phone on Sunday evenings or early on Monday mornings over the years with scorers, best players and whatever else had happened in their matches.

That’s not the complete list – apologies to anyone who regularly came through to Dundalk 34058 and hasn’t been mentioned. A number of the above have gone to their reward, and so, too, has George Connolly.

Having reached the wonderful age of 92, George, from Castlebellingham’s Beech Park, died in Lourdes Hospital recently. He is survived by his wife, Maura, and children, Hestor and Shane. His burial took place in St Mary’s, Kilsaran, and as could be expected of them, colleagues from his club, O’Connell’s, afforded him full honours.

George hadn’t to be delegated: if there were games in The Grove he was sure to be there and there would never be any need to query the details he sent in.

And if major games were being played at the mid-Louth grounds, such as the county senior finals of 1983 and ’98, he’d be only too delighted to lend assistance to the visiting hacks, getting the line-ups and so on.

He also contributed to the Democrat mid-Louth page with bits and pieces from around what is best known locally as “The Village”, and he never did less than justice to the deceased in his obituaries. If someone had done “an honest day’s work for an honest day’s pay”, he or she was given due recognition.

One of George’s outstanding contributions to the O’Connell’s  was as chief writer when the club brought out a history in 1979, celebrating its Golden Jubilee.

A lot of research was required as well as the collection of photos. Many of the pictures from times gone by had never been previously published and prominent, as you’d expect, were winning O’Connell’s line-ups.

O’Connell’s has a fine tradition when it comes to referees. Three of its number, Damien Murtagh, Peter Bannon and Jonathon Conlon, have each been in charge on senior county final day, while Sean Holdcroft has also handled big local games.

George Connolly never took up the whistle, but for years he ran the line, as they say, working alongside two of the country’s top whistlers of former years, Louth’s Paddy Hughes and Peter McDermott, the Meathman known as the ‘Man with the Cap’.

George used to take delight in telling the story of the day he assisted McDermott – who in between winning All-Ireland medals in 1949 and ’54, refereed the 1953 final between Kerry and Armagh – at a Leinster minor championship semi-final at Navan’s Pairc Tailteann.

The game had a 5.45 throw-in, and after about fifteen minutes’ play, the Angelus rang out at a nearby church. This was the cue for McDermott to blow the whistle, calling a halt to proceedings before getting down on his knee to say a few prayers. George and others had probably no alternative but to follow suit.