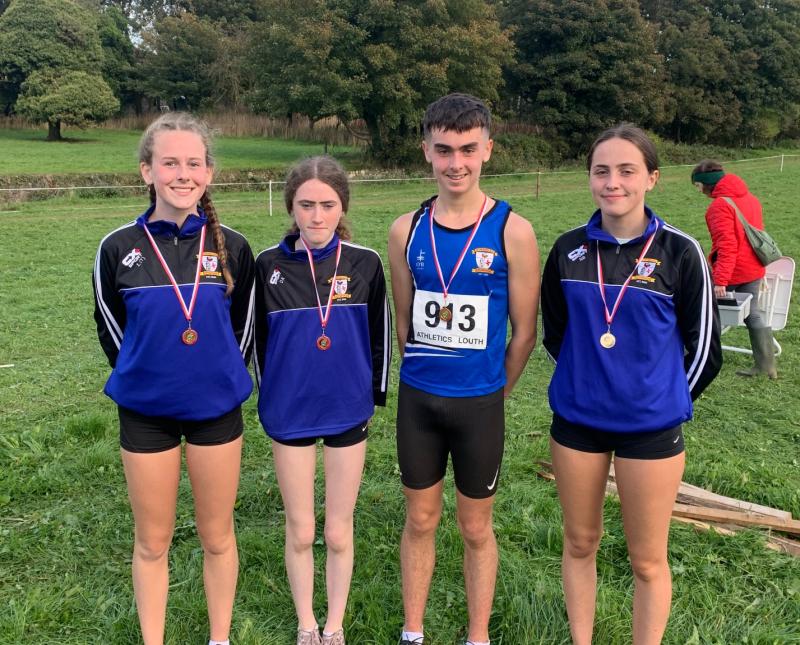 Conor Duff had another fine performance following on from his display a week earlier in Darver, he led in the early stages and did well to finish a very impressive third in the boys under 11 race. Tony Gorham had the run of his life and finished in the top half as did Cillian Fallon in his first club outing.

Deirbhile Morgan led the St Peters team home in the girls under 13 race with another strong display, Emily and Hannah O’Reilly showed their experience, packing well to score valuable points, while the last of the team scorers was Niamh Allen who passed two athletes on the home straight to clinch the team bronze.

The under 13 boys race had only one representative but that didn’t matter to Ross Hillen as he repeated his heroics of last week, this time moving up an age and finishing with the exact same result winning a silver championship medal for the second week in a row.

The girls under 15 race was all about one athlete who led from start to finish. Dearbhla Allen was very impressive, as she has been since the Cross Country season started, winning with a bit to spare and completing a Championship double having won the Under 16 title the previous week.

Niamh Brady led the girls under 17 race from the start and showed her class as she pulled away from her competitors to clinch yet another Louth Championship. Ifeoma Enyoazu showed that she can do just about anything, she would be known as a sprinter but ran very well to finish just outside the medals.

The under nineteen girls race saw another St Peters Athlete crowned champions when Leah Mooney got her reward for her dedication to training by clinching the County title.

The last race of the day was the boys U17 race, this was another success for St Peters with Cian Gorham leading from gun to tape. This young athlete has had a brilliant year on the track and will hope to carry that form into the Cross-Country season.