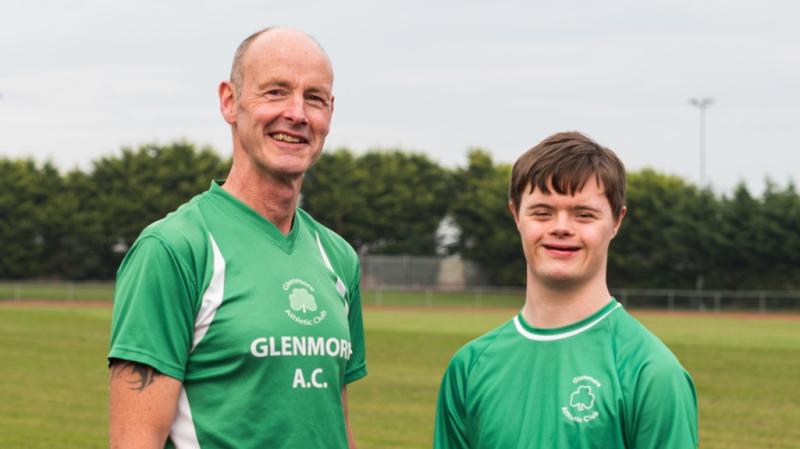 Louth has a proud tradition of producing some of the country’s top sport stars; be it in the world of GAA, rugby, or our most recent Paralympic hero Eve McCrystal in the tandem bike who came back from Tokyo with a staggering three medals.

Someone looking to emulate her success on the world stage is David O’Hare, who will become the first Irish sprinter to participate at an international event for athletes with Down syndrome later this week.

The SUDS European Trigames 2021, a multisport event, takes place in Ferrara, Italy, from 4-11 October - hosting teams with athletes with Down syndrome from over 17 countries in eight sports and the Glenmore AC athlete will have the honour of putting on the Irish singlet at these games.

David started training with Glenmore in early 2020 and continued into 2021 after lockdown was eased. The club welcomed him from the start, everyone going out of their way to accommodate him and make sure he received the best training possible.

Club chairman Kenneth McBride became David’s coach and although it was his first time training an athlete with Down syndrome, he made him feel part of the club and a worthy athlete.

“Belief, determination and commitment is what I see in this young athlete” stated McBride when talking about how much of a pleasure and humbling experience it was working with David. Over the last few months, a wonderful relationship and comradery formed between coach and athlete.

Franco van Heerden, a past pupil of St Mary’s College Dundalk, joined up as David’s training partner. Athletes with Down syndrome hugely depend on visual cues and emulating someone else’s actions, which made this partnership work well.

Caroline, David’s mother, has been blown away by the level of support her son has gotten from all at Glenmore and was full of praise for his coach who has done all he can to get the most out of the young sprinter ahead of his international debut this week.

“Glenmore has taken David to their hearts. There is such a lovely community feel about training at Glenmore as they all watched David train over last few months. You could feel their support and they have become his running mates.

“Kenneth McBride is a great chairman and fabulous coach; he had taught David not to just be an athlete but to be a competitor too. He has got the best out of David and it’s been a joy to watch their relationship grow.”

'It felt like a normal night out', Positive reactions for Ireland's first pilot nightclub