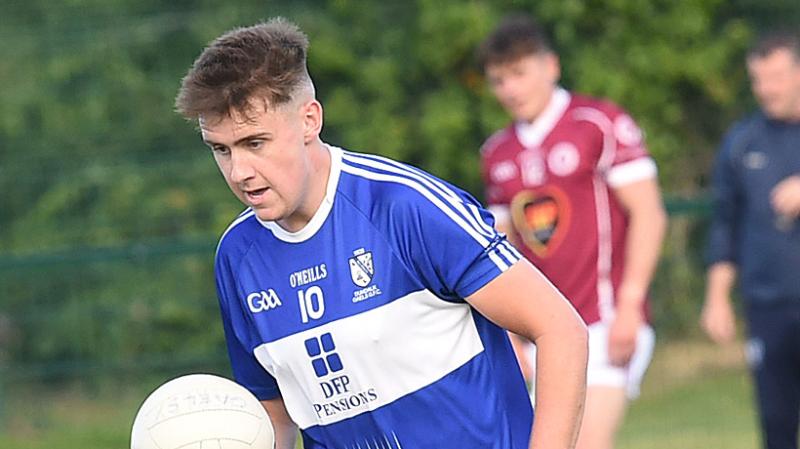 Newtown Blues failed to flatter those in attendance in Ardee as they did just enough late on to see off a defiant Dundalk Gaels. In a surprise to many the Drogheda side never got further then three points clear but they outscored them by 0-4 to 0-1 in the final quarter to seal a valuable win.

As expected the Blues started very strong, notching two early points courtesy of Ross Nally while keeping the Gaels camped out in their own half back line for much of the first ten minutes.

Yet when they did manage to sneak up the field they looked menacing, a quick ball into the forwards finding Dylan McKeown in space but his goal attempt went wide of the mark. Some good team movement saw them get on the board with a point from Gary Shevlin on nine minutes.

However they were still struggling around the middle, allowing the Blues to stay in command of the game as two frees from Colm Judge coupled by a score from Ciaran Downey were only cancelled out by one from Luke Murray to Leave Newtown up by 0-5 to 0-3 at the first water break.

The scores however dried up for the men from South Louth who were kept scoreless up to half time, as a brace from Gerard McSorley left just a single point separating the teams at the break, the Blues leading by 0-5 to 0-4.

The third quarter was the most even of the match, possession shared evenly but it was starting to get scrappy with some off the ball incidents for referee Paul Kneel to deal with.

He would send both Alan Connor and Emmet Carolan to the bin at different stages of the match for the Blues but it rarely effected the play.

The Gaels hit the Blues score for score in this quarter, points from Shevlin, David McComish (2) and McKeown seeing them go into the second water break all square at eight apiece.

But from here the Blues kicked it up a notch again, keeping the Dundalk men to just a single point as scores from Robert Carr (2), Ciaran Downey and Nally gave the win to the men from Drogheda. With nine wides to their name The Gaels will rue their missed chances.

Louth GAA Fixtures: who is your club playing as the championship hots up