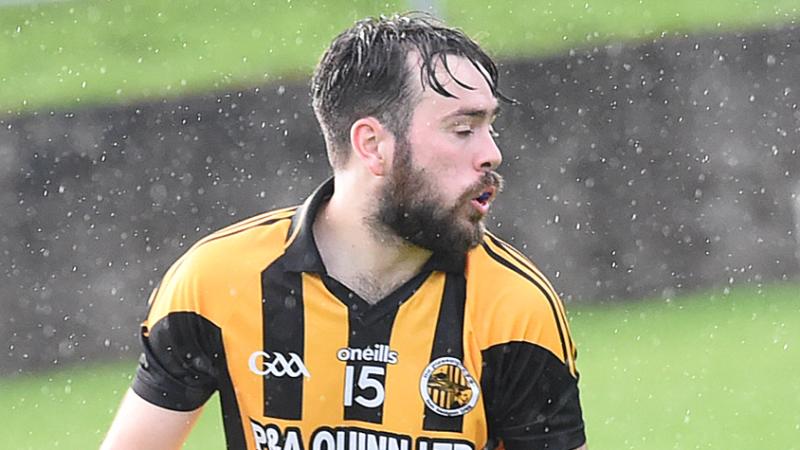 Both sides were determined not to blink first, both coming with rigid defensive systems and counter attacking styles of play. It made each attack a chess match with each outfit trying to get their shooter in possession.

Robbie Murphy was comfortably the best player on the field, his composure and accuracy proved to be the difference and with new addition Mícheál Begley still to be added to the mix the Dundalk side may have a long winter ahead of them.

On the opposing side, Marty Duffy’s introduction for the Sean’s very nearly swung the tight game in his side's favour. Kevin McMahon was ploughing a lonely furrow until the former Ardee St. Mary’s man's arrival.

Murphy indeed shot John Garvey’s side into the lead with the opening three points of the game played in perfect conditions. The Sean’s rode their luck and relied on the brilliance of Danny Reilly in the goal to pull off some astute saves but they were still in the game.

Danny Commins eventually got up the field to point for the Churchtown men a quarter of an hour in. Murphy would add two more points after a clever Vincent Chorley effort.

However it was all Sean’s in the run into half time. Mickey Woods took one off the line, but sub Sean Martin whipped over a magnificent score.

It got better for the determined McDermotts’ outfit when Aaron Myles landed a superb free to leave the minimum between the sides, 0-6 to 0-5 in favour of Na Piarsaigh.

The game would continue to be close and Cormac Walsh would in fact level with the first score of the second half. Murphy added to his tally but the first goal would prove decisive.

New addition Vincent Chorley expertly finished an excellent move work from a quick Adam Molloy kick out. The major came before the water break leaving Colm Donnelly no time to respond quickly, instead they had to react from the next kickout.

Substitute Duffy did kick three points but it wouldn’t be enough as Peter Osbourne and Murphy traded goals in the final quarter.