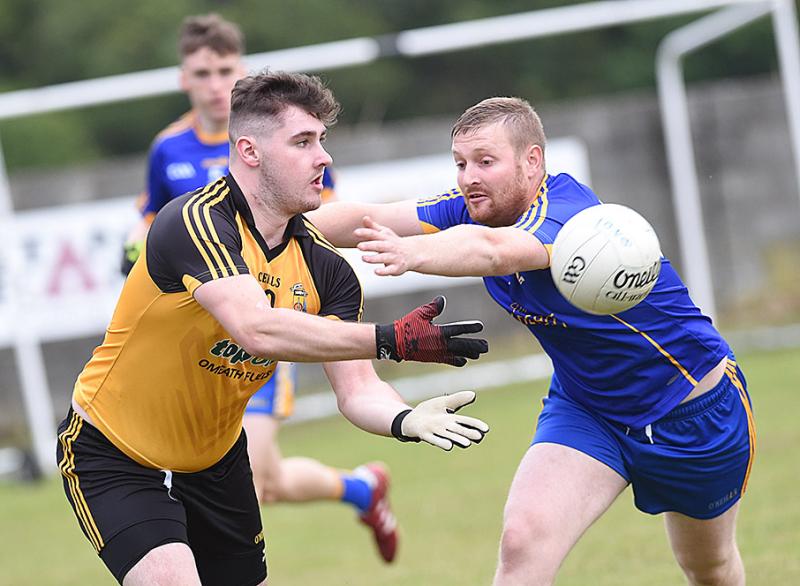 Cuchulainn Gaels created history on Thursday night when they won their first ever game in the Louth Junior Championship after 16 years. A goal from Cian McDonald proved the difference between the teams as the peninsula side came out on top on a memorable night for the club in Darver

The Omeath men felt confident after recently beating the same opponents in the Division 3B League only a few weeks ago but a different Dowdallshill lined out for this match and a full strength team meant it wouldn’t be as easy for the Gaels.

A low scoring opening quarter had Dowdallshill in front at the first water break 0-2 to 0-1, thanks to points from Niall McManus (45) and Ray Campbell.

Omeath captain Micheal McCabe pointed either side of the water break to level up the scores, before the black-and-ambers hit the front for the first time thanks to Jordan Loye’s point.

The first of the Dowdallshill black cards came on 22 minutes for Jack McGailey, before Cathal Sheridan saw red for a second bookable offence. And it soon got even worse for Pat Conlon’s team when Sean Duffy became their second player to be sent to the line for 10 minutes.

Cuchulainn took a 0-5 to 0-4 lead into the break, and extended their advantage to two thanks to Micheal Mc Cabe’s 37th minute free.

However, Dowdallshill, with McGailey and Duffy rejoining the action, were soon back in the ascendancy thanks to Ciaran Sheridan’s free and two excellent efforts from Noel Finnegan. That left them 0-7 to 0-6 ahead at the end of the third quarter.

Immediately after the second and final water break, the momentum swung back in favour of the Omeath men, and right from the restart, McDonald raced through the middle before planting the ball over the advancing Dermot McArdle for a vital goal.

With only a few minutes left Dowdallshill scored a point through Finnegan and now with only the minimum between the teams pressure was showing on both sides.

David Reilly played some fantastic football, winning the ball, laying it off and then running through for the return ball to set up a beautifully taken point from the 21-yard line for Francis O’Hagan which meant Dowdallshill needed a goal to win.

They threw everything at Cuchulainn Gaels but once again the Omeath men’s defence held firm to secure the historic win.