Louth Athletics Round Up: Success for Dundalk St Gerard's and Ardee 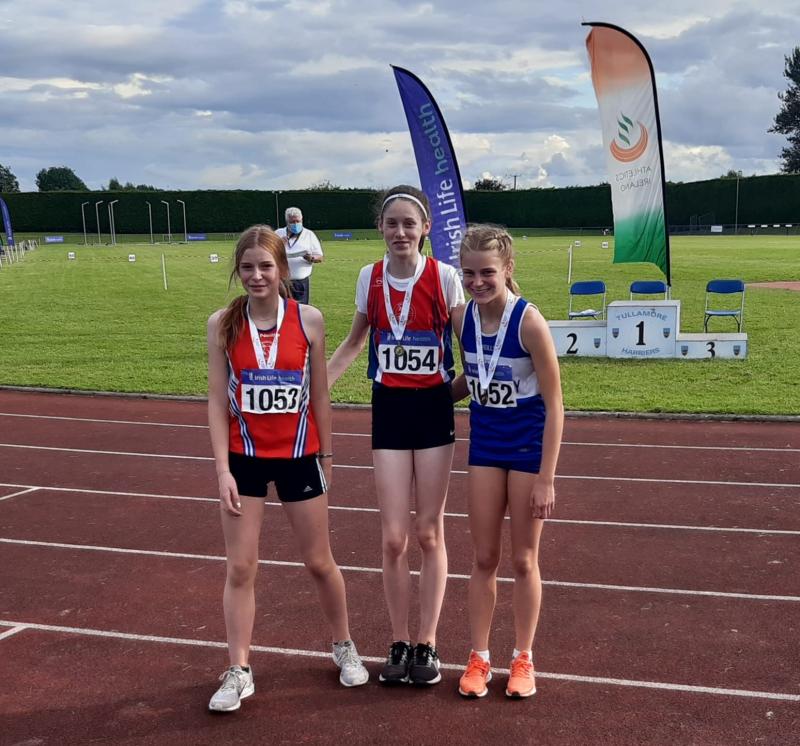 Just two weeks after claiming the All-Ireland U15 Girls High Jump Title while setting a new Championship record in the process, Tara O’Connor has delivered on the National stage yet again for Dundalk St Gerards.

On Saturday, the All Ireland U14-16 Combined Events Championships took place in Tullamore AC. In a hotly contested U15 Girls Pentathlon, Tara put in a superb day’s work to claim Gold overall and the National Title, with Meabh O’ Connor, also of Dundalk St Gerard’s picking up Silver.

The pentathlon is made up of five events – Hurdles, Long Jump, Shot Putt, High Jump and 800m – where competitors battle it out for points accumulated over performances in each of the events.

The range of athletic ability required to compete and win over multiple events on the national stage is a testament to just how talented and dedicated these young athletes are.

Tara finished the competition with the winning total of 3076 points, with Meabh pushing her all the way, racking up a total point haul of 2928 over the five events.

While they were busy claiming All-Ireland Gold and Silver medals respectively, a handful of fellow club members and coaches made their way to Drogheda for the Juniors, Seniors and Masters Championships, in what was the final instalment of the Louth 2021 Track & Field season.

Mother and daughter pair Favour and Victoria Ovie picked up a haul of medals of their own. In the senior women’s category, Favour claimed Gold in the Shot Putt, Gold in the 100m as well as Silver in the Javelin. Not a bad day out for the first-time competitor.

Daughter Victoria competed in the Junior Women’s category and came home with four county medals – Gold in the Shot Putt, and Silvers in the Javelin, the 100m and 200m events.

Some of the St. Gerard’s coaching team had the opportunity to compete too. Throws coach Scott Dorian who was competing for the first time in five years made a respectable comeback to competition.

He led by example to claim Gold in the Senior Men’s Javelin event as well as finishing just outside the medals in 4th place in the Shot Putt.

Andrew Quinn, another St. Gerard’s juveniles coach laced up his own spikes and competed for the first time in the Masters category in the 1500m, the 100m and 3000m events.

Meanwhile there was some fantastic results also from the veteran athletes of Ardee this weekend, who found success running, jumping and throwing.

The following morning, they were out again flying the Ardee colours at the Drogheda & District AC 10 Miler and thoroughly enjoying themselves while taking fifth place in the men’s' team event.