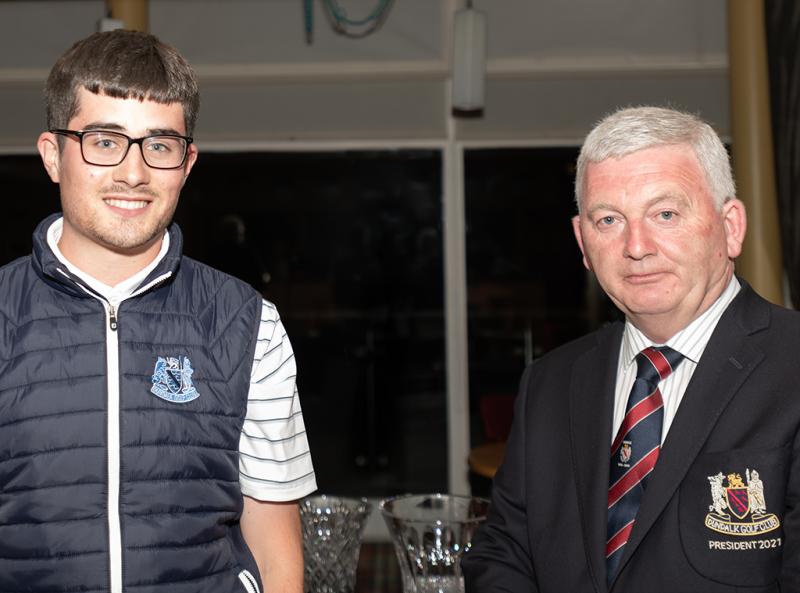 He got the back nine off to a great start with another birdie at 10 and then had three point pars at the down the home stretch. He came back in 19pts having failed to score at the 14th but it didn’t matter as his total of 43pts was good enough to edge out Duffy.

Michael Gallagher (16) took the Veteran’s Prize with 41pts and Joseph Laverty was the Gross Prize winner with a score of 35pts. The teenager went out in 18pts and although he started the back nine with a birdie four at the 10th he bogeyed 11 and 16 to come home in 17pts.

Last Wednesday’s Open Singles was won by Davy McDonnell who shot 41pts playing off 20 to win by two shots from Terry Conlon (8) and Hugh Reilly (22). Conlon took the Division One honours with Reilly winning Division Three and Ciaran Daly (15) claiming the Division Two prize. Colin Roche (1) with 34pts had the day’s best gross score of 34pts.