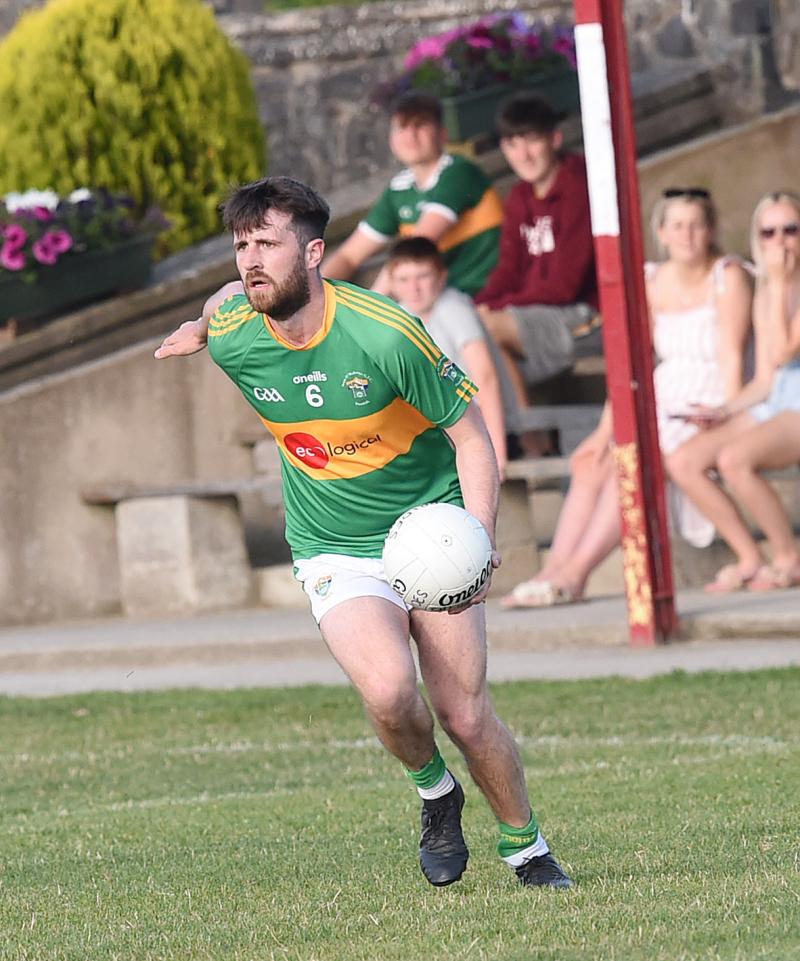 There was a real feeling of sadness around the Point Road area last week following the untimely passing of 25 year old Sean Maguire, following his brave battle with cancer.

Sean played underage football with the club for years, the highlight would have been the historic Feile win, and was held in the highest regard by all who coached him or played with him, a true gentleman, may he rest in peace. The Club would like to express our sincere condolences to Jackie, Elaine, Eddie, Karen, Clare, Jake plus close friends and extended family.

The Sean O'Mahony's Senior Team had a important four point win over the Geraldines on Sunday afternoon on the Point Road. With a strong breeze blowing from the town end on the home team's backs from the start, Ben McLaughlin ignited the match early when he followed a well taken point with a great solo goal, firing low into the net after turning his marker smartly.

Thomas Rice raised a second green flag moments later, when he tucked the rebound into the corner of the net with his left foot after a strike from Stephen Kilcoyne's which was teed up by a great solo run up the middle that was parried by the keeper.

Kilcoyne then floated a beauty over the bar from wide on the right, before Stephen Fisher was upended in the square to allow Kilcoyne to bury the resulting penalty into the bottom corner of the net, leaving the score 3-2 to 0-1 with only a quarter the match played.

The visitors did manage to kick a great goal and convert two frees in the opening half, while two frees from Kilcoyne and another from near the left touchline from Thomas Rice left the home side leading at the break on a scoreline of 3-5 to 1-2.

Following some early O'Mahony's pressure in the second half, Stephen Kilcoyne converted two more frees to stretch the lead out to 11 points before the Haggardstown side started to take advantage of the breeze and kicked three frees of their own followed by a second goal to reduce the deficit to only five point at the second waterbreak.

However first Sean Mathews and then the evergreen Stephen Fisher landed two fantastic kicks despite the strong breeze, to ease the home supporters nerves and while the Gers raised three more white flags before the final whistle, the final score of 3-9 to 2-8 left the Quay lads with their first, but well deserved win of the season.

Last week the Sean O'Mahony's U13's put up a brilliant display to beat the Geraldines on a scoreline of 3-12 to 1-7.
The Sean O'Mahony's/Na Piarsaigh/DHill's U17's lost out to a strong Glen Emmets side.

Well done to Eamon Doyle on the three day Skills Coaching Camp that he organised at the O'Mahony's recently. Having many of our players from 11 to 18 year olds being coached by the highest calibre of professional coaches should help improve these young player's skills and technique.

Going on Staycation? Read this advice from gardaí to protect your home and property