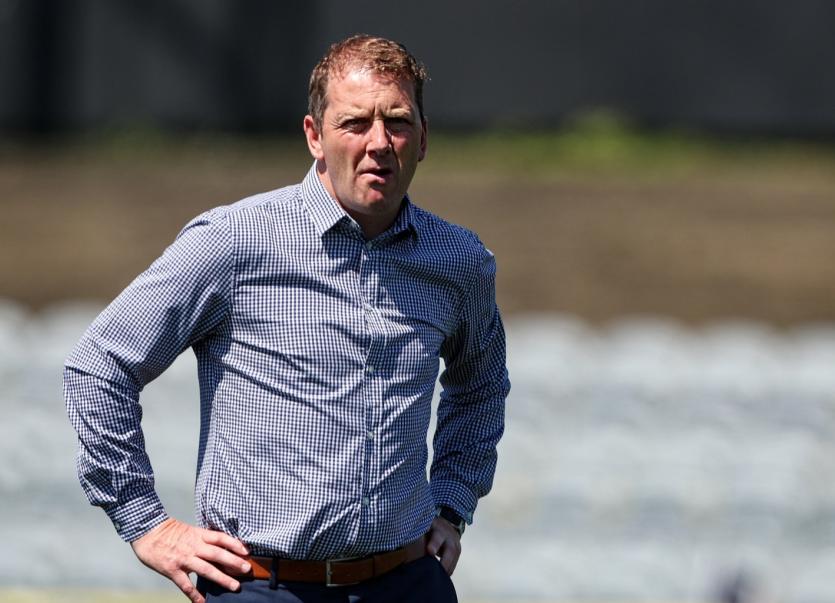 Vinny Perth ahead of kick off versus Finn Harps. Photo: Photo by Michael P Ryan/Sportsfile

Dundalk FC head coach Vinny Perth is expecting a very exciting game this evening, as they host Levadia Tallinn of Estonia in the second round of the Europa Conference league in Tallaght Stadium (Kick off 8PM).

The Dubliner has been studying their tapes ahead of the crunch European tie and expects the visitors to set up with an attacking mindset, as they approach the game similarly to his side.

“They are an attacking team; you can debate whether it is a 4-1-4-1 or a 4-3-3 (formation) from a coaching point of view but I think they are very similar to ourselves in style” stated Perth.

“They like to score goals; they defend well and are very attack minded. We would look at some of their players and see real threats, particularly in the wide areas. They look very similar to ourselves and are a very attack minded team so we have huge respect for them.”

In years gone by an attacking philosophy was risky when it came to two legged European ties, get caught on the counter and concede at home then suddenly you’ve a mountain to climb.

However, the away goal rule has now been scrapped, as a result Perth is expecting a new approach to the game from all managers in the competition.

“I think with the away goal rule gone it changes the way the games are played. Previously a 0-0 draw at home wasn’t the worst result at times, because if you went away one goal could really change it in your favour.”

“Both teams will be attack minded and if it was a boxing match it would be ideal styles to suit each other, it should be a great game as a neutral from what I’ve seen.”

Since his return to Oriel Park, the club has been on an upward curve, results have improved, players have looked more confident and crucially the Premier Division table has slowly begun to look better having at one stage looked like the Lilywhites could finish closer to relegation than Europe.

In a little over a month he has changed the fortunes of the club, and Perth couldn’t stress enough how important getting some wins on the board was to changing the mood in the camp. Fluidity in team selection has also been a factor as players become accustomed to less changes week to week.

“There’s no doubt wins change everything. Wins make people feel a lot more positive and you go home and even as a coach you sleep much better and it’s easier to prepare for the next game.”

“I’ve had seven games now in this four-week period and we’ve started to build, we’ve slowly improved different things at different stages throughout the team over them several weeks.”

“Our set pieces have improved, our attacking plays, our game understanding and also there is a bit of rhythm in the team, players know the job and if I have to make changes the players that come in will know their jobs.”

Thursday evening’s game is to be refereed by Miroslav Zelinka (Czech Republic) and will be streamed live via the subscription based LOI TV platform, with passes costing €10.