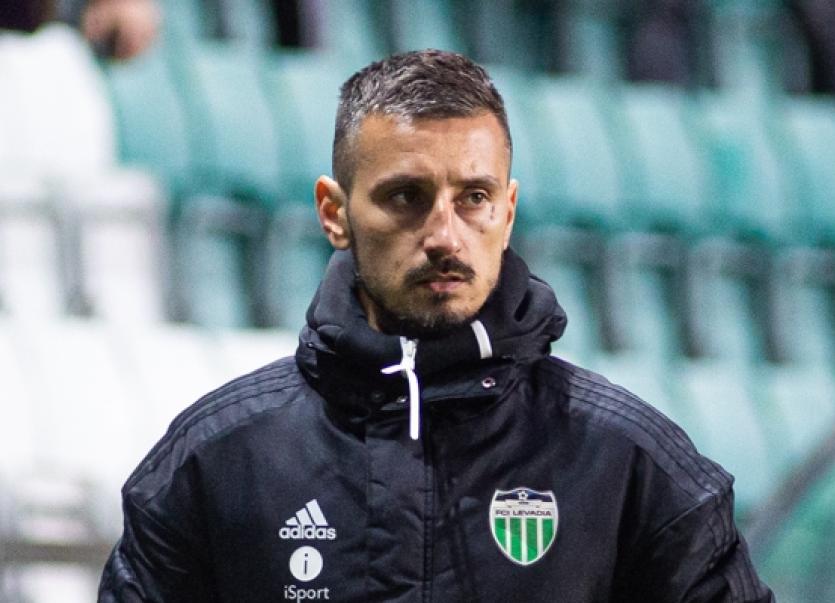 The first leg of the second-qualifying-round tie takes place at Tallaght Stadium, where the Estonian side trained on Wednesday evening, just hours after flying into Dublin.

It’s the sixth time Levadia have drawn League of Ireland opposition in Europe and the second time they’ve faced Dundalk, who beat them in Europa League qualifying in 2018.

After recording a narrow 1-0 first-leg victory at the Kadriorg Stadium in Tallinn three years ago, Dundalk finished the job at Oriel Park seven days later, thanks to a 2-1 win.

Similar to Dundalk head coach Vinny Perth, in the dugout for both legs was Vassiljev, who was serving as assistant to current Serbia U20 boss Aleksandar Rogic at the time.

“We played against Dundalk in 2018 and it was a very competitive game,” reflected Vassiljev, now head coach of Levadia, when speaking to The Democrat earlier this week.

“We lost at home 1-0 and then we lost 2-1 in Dundalk, but we played quite good. We even scored a second goal. It was offside, but actually it wasn’t, we watched the replay.

“We analysed them and since then, they didn’t change a lot in their team. They have some new players, but a lot of old ones who we know. For us, it was a little bit easier to analyse because we did this job quite good. They play quite a similar style to what they played then. I think it will be a tough game and two equal teams will play.

“They have good transitions, fast players and they play straight football. They want to deliver a lot of balls into the box and they like to compete. We want to make more possession and attacks. We will try to concentrate on winning duals because we saw that Dundalk play very aggressively. I think it will be a very interesting game to watch.”

Dundalk have had four different managers since their last European campaign began less than 12 months ago with a 3-0 Champions League first-qualifying-round defeat to NK Celje of Slovenia – a game which resulted in Perth’s dismissal from the club.

Filippo Giovagnoli, Shane Keegan and Jim Magilton have all had spells in the Oriel hotseat since then, before Perth made his shock return as head coach last month.

Vassiljev doesn’t believe the dysfunction at Dundalk in recent times will necessarily be a factor coming into this tie, but is focusing on his own side’s preparation in any case.

“From one side, maybe. From another side, it doesn’t matter,” said the Levadia coach.

“Sometimes, teams under a new coach start to play even better. Maybe it’s like this, or maybe the opposite and they will not get so much trust from the new coach.

“It can go two ways, but I think an experienced team like Dundalk will not be affected by this and will play the football they know because I saw a lot of players playing with each other for a long time. They didn’t need a coach to perform well. We will not concentrate on this. We will concentrate on our game and try to put our game to the next level.”

Levadia are currently top of the Estonian League table after 17 matches and they have already defeated St Joseph’s FC (Gibraltar) in this season’s Europa Conference League.

The side from Tallinn are no stranger to European competitions, having qualified in each of the last 23 years, but fell at the first hurdle last season by losing 4-3 to B36 Torshavn.

Having signed from B36, Dundalk defender Sonni Nattestad played the full 120 minutes of that extra-time Europa League first-qualifying-round encounter in the Faroe Islands.

Levadia’s best campaign saw them reach the first round of the UEFA Cup in 2006, losing 3-1 on aggregate to Newcastle United after beating Dutch side FC Twente in qualifying.

Thursday evening’s game is to be refereed by Miroslav Zelinka (Czech Republic) and will be streamed live via the subscription-based LOI TV platform, with passes costing €10.