Maguire conquers Royal Portrush to win the North of Ireland 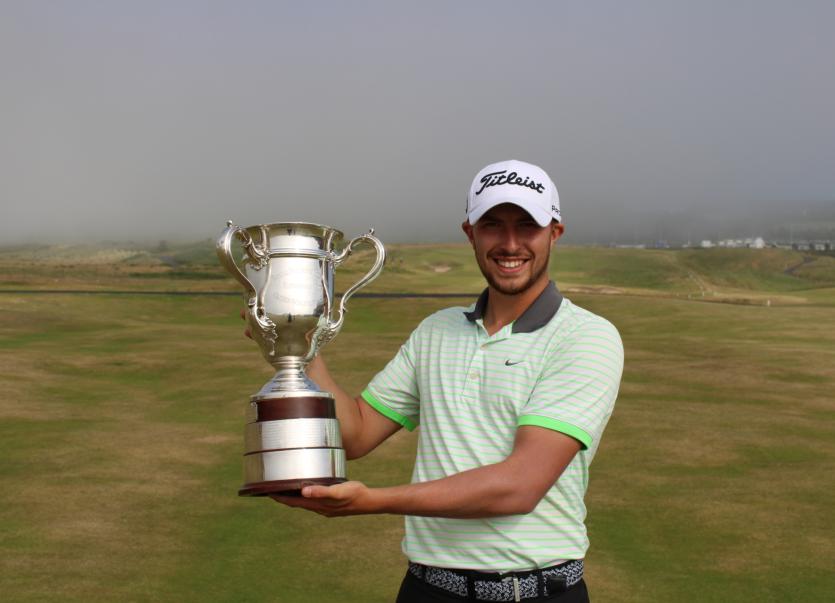 Alex Maguire is the 2021 North of Ireland Amateur Open Champion. The Laytown and Bettystown golfer defeated Galgorm Gastle’s Michael Reid on the 18th hole, in a pulsating Final, at Royal Portrush.

The lead changed on five occasions with neither golfer gaining a two-hole advantage until Reid conceded to Maguire on the final hole.

An eagle on the 17th proved crucial for Maguire in his win. Driving the green, the Laytown and Bettystown golfer sunk the eagle putt, with Reid in prime position to make a birdie.

Speaking after the win, Maguire said he was inspired by Shane Lowry’s Open win in 2019 on the Dunluce Links.

“I was watching Lowry’s Open win last night, before going to bed. I think it paid off. It was nice to watch it and to get my win, where so many players have won.”

The win adds to a brilliant 2021 season for Maguire so far, after winning the Connacht Stroke Play in Portumna.

“It’s a dream. I felt my game was in good shape coming into the week. I had a bad start on the Valley Course, but since then, I’ve played what felt like flawless golf.”

Maguire was quick to praise his opponent, who went to extra holes in three of his previous matches to reach the Final.

“Michael played great today. His short game was excellent. To go down to extra holes, and each time win showed how much bottle he has.

Adding his name to the North of Ireland Roll of Honour, Maguire said he was still in shock.

“I can't describe how I’m feeling to have my name on that trophy. Winning the Connacht Stroke Play felt like validation for the hard work I’ve put in, in recent years. To win what is one of Irish golf’s majors - I still can't believe it.”