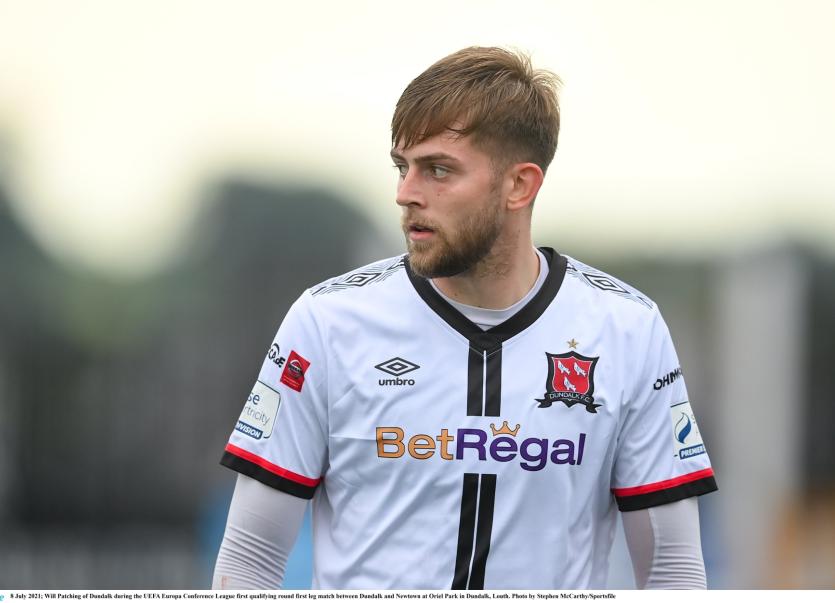 Will Patching in action. Pic: Sportsfile

English midfielder Will Patching is enjoying his resurgence as a Dundalk FC player since returning from a six-month loan spell at fellow SSE Airtricity League side Derry City.

The 22-year-old Stockport native has started every match for The Lilywhites since his return at the beginning of July – most recently in Saturday’s 1-0 win over Finn Harps.

David McMillan scored the only goal of the match on 33 minutes as Dundalk moved up to sixth in the table, in spite of what were extremely sweltering conditions at Oriel Park.

“It was a good win by the boys,” Patching told The Democrat after the game.

“We started well in the first half. Second half, we had to show a different side to us, but we got through it and we’re happy to get the three points in the end.

Patching was brought to Dundalk by Vinny Perth before the start of the 2020 season, but was exiled by then head coach Filippo Giovagnoli towards the end of the campaign after making just nine appearances – the last of which was against Finn Harps at Oriel.

A former England U18 international that was once on the books of Manchester City, Patching has settled back into life at Oriel with relative comfort since his second coming.

“It was easy enough to slot back in. I knew most of the lads anyway. It didn’t work out last season, but I’ve enjoyed it since I’ve come back, so hopefully I can keep on playing and we keep on getting the wins and keep performing and going from there.”

Next up for Patching and the rest of the Dundalk squad is a tricky second-qualifying-round assignment against Levadia Tallinn, who are currently top of the Estonian League.

“We’re all focused on that now. That game against Harps is gone now and we’ll just start focusing on them (Levadia) and do a bit of video and stuff like that and get ourselves on the pitch.

“Our focus will be on that and hopefully we can carry our form into that game.”

The first leg of Dundalk’s Europa Conference League tie with Levadia will be played at Tallaght Stadium next Thursday night at 8pm, with 1,000 expected to be in attendance. 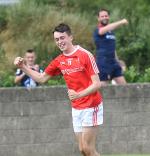