Are you man enough to be an escort? 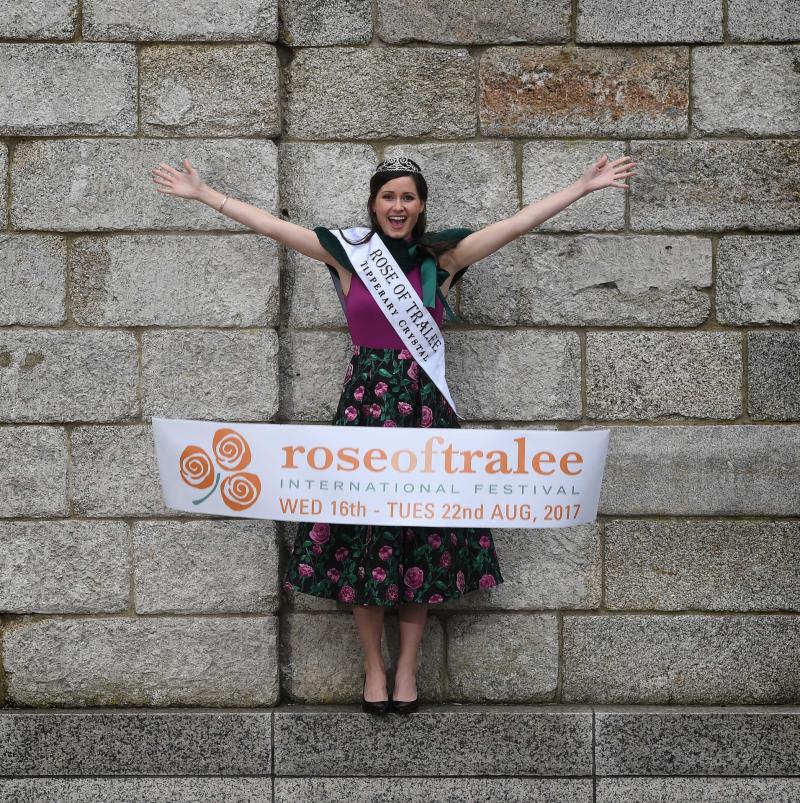 ROSE of Tralee, Maggie McEldowney, has challenged young Louth men to see if they have what it takes to be a Rose Escort at this year’s Rose of Tralee International Festival from 16-22 August.

March 16th is the entry deadline, so lads will have one month to apply at www.roseoftralee.ie/apply.

The Festival takes its name from a 19th century love song, so it was fitting that Maggie and the reigning Rose Escort of Year, John Slowey, would choose Valentine’s Day to launch the search for lads aged 21 to 30 to take part one of the most famous international festivals in the world.

The primary role of a Rose Escort is to look after his Rose and ensure her time at the Festival is a memorable and enjoyable experience.

The successful candidates will take part in a team-building Boot Camp in June at some of Kerry’s most stunning locations and participate in Festival events in August including the Gala Rose Ball, Parades and seven full days of entertainment.

The Rose of Tralee, Maggie McEldowney, said: "The Rose Escort is comic relief - the heart and soul of the festival which would not be as successful or such a brilliant time without the Rose Escorts. They bring the laughter and energy to the next level, and their support and companionship during the very busy days is so appreciated by the Roses. There's just a certain buzz when the Rose Escorts show up. These men are interviewed and prepared to ensure their time and talents are well spent during the festival. They are top class gentlemen, and we are so lucky to have them as part of our festival."

In order to be eligible to be a Rose Escort at the Rose of Tralee International Festival applicants must:

Be male, 21 years of age by 1st January 2017 and not have reached your 31st birthday on or prior to 1st September 2017
Be unmarried or never been married
Be born in Ireland or of Irish origin by virtue of one of your ancestors having been born in Ireland
Be available for Selection events and if selected be available for the International Festival events from 16th to 22nd August 2017 in Tralee.
One of the 65 gentlemen will be announced as the Rose Escort of the Year live on RTE One television on Monday 21st August.

The 2016 Rose Escort of the Year, John Slowey from Co Fermanagh, said: "I had heard that being a Rose Escort was an unforgettable experience and indeed it was that, and a whole lot more. I met 129 other young people - in person - who had the same purpose down there, which was to have as much of a laugh as possible. Everyone sees the TV nights but that doesn’t come close to what the week involves. The Rose of Tralee is like a bug it just grabs a hold of you, once you are in you don’t want to leave!!"

Each candidate will be charged an application fee and should he be chosen as a Rose Escort, he will be required to obtain sponsorship of €1500.

Lads who are man enough to apply for the job of a lifetime as a Rose of Tralee Escort can do so atwww.roseoftralee.ie before Thursday 16th March or email info@roseoftralee.ie for more information.