Stephen Kenny's Dundalk side will Live Forever in our hearts 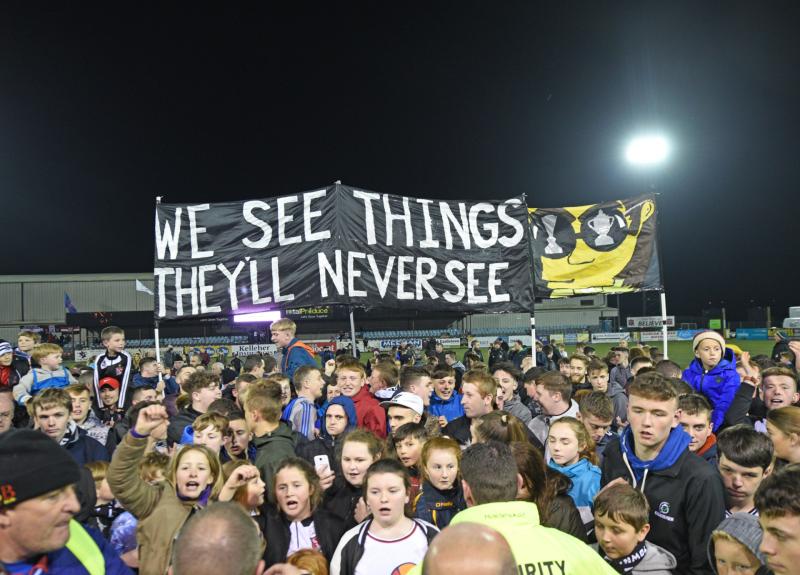 As the teams made their way towards The Shed before kick-off on Sunday night, the home supporters lit a couple of flares and unfurled a number of banners.

The most prominent one had the words ‘We see things they’ll never see’ daubed across it. The song it referred to was ‘Live Forever’ by Oasis.

This Dundalk side will, indeed, live forever.

Just over four years ago, there were around 250 people present to watch a relegation-haunted and play-off bound Dundalk side draw 2-2 with Bohemians. A club steeped in history and great tradition on its knees.

Former Lilywhites captain and manager, Dermot Keely, has often said that the club is the heartbeat of the town. In 2012, Dundalk was on life support but over the past three years, it has been pulsating like never before.

Since taking over ahead at the end of that annus horribilis, Kenny has delivered three league titles, an FAI Cup, an EA Sports Cup and a Leinster Senior Cup. Victory over Cork City at The Aviva Stadium on November 6 will make that FAI Cup success plural.

He has guided the club on an uncharted European odyssey that could yet see Dundalk qualify for the Last 32 of the Europa League and signed a host of players that play dazzling, attacking football that will forever be etched in the memory.

No wonder local musician Jinx Lennon compared Dundalk’s rise to that of a Hollywood movie in an interview with The Irish Times last week.

“There’s a great feeling here because of the football,” said Lennon.

“It’s almost like a movie how it turned around at Oriel Park. I love to see anything that makes people feel good about their own place.”

Kenny, himself, has also noticed the change in mood first hand.

“It’s a different town to what it was a few years ago,” he said,  visibly emotional, on Sunday night.

“The impact it (football) has had on the town has been amazing. None of the players can go anywhere and that’s great.

“You can see the passion and the joy it brings. It has lifted the town and inspired everybody locally and that’s a special thing.”

Never before has a Dundalk team captured the imagination like this one and even though their exploits on the European stage have propelled Kenny and his players into the consciousness of the wider public, they will always belong to the people of this town.

Love them and cherish them.