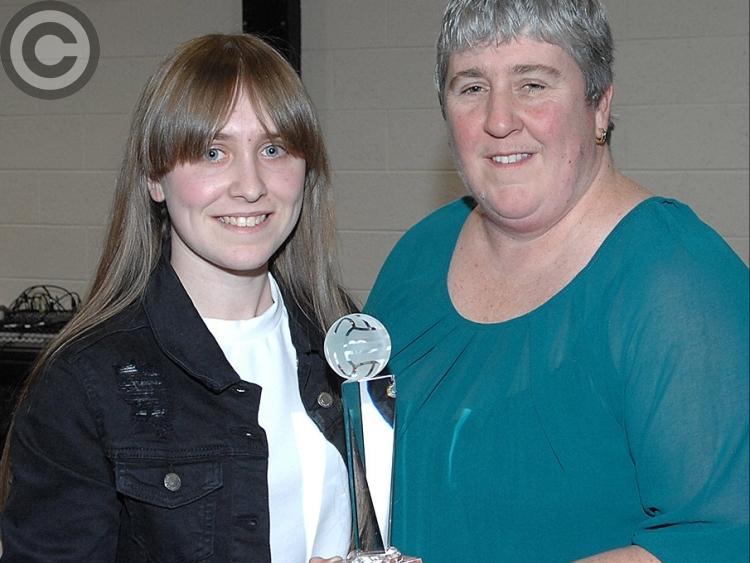 The 18-year-old, who was recently credited with Emmets’ individual gong, was a key part of the Roche team that reached the league and subsidiary league finals, as well as the last four of the senior championship.

Indeed, it was in the opening round of the latter, against St. Kevin’s, where manager Mickey Heeney reverted her from the half-forward role she had been accustomed to, and how successful the switch proved.

“I felt I had a good year, getting a lot more on the ball, doing a lot better and getting more confidence in myself,” Byrne told The Democrat.

“I started off as a half-forward, where I’ve played my whole life, but I got pulled into midfield and it just changed from there.

“Mickey spoke to me about a week before the game against St. Kevin’s and asked me if I’d do it (play midfield). I wasn’t really sure, but said yes, and I’m delighted that I did.”

“Coming in at the beginning, obviously no-one was sure what to expect, but he knows what he’s doing and puts people into positions he knows they can play.

“He just brought out the best in us and we had a laugh the whole way through the year.”

On the season, she said: “We got to the final of every competition bar the championship. We did well and worked very hard throughout.

“The semi-final of the championship (against Cooley Kickhams) knocked us down, but we got back up and got to excellent positions, where we were unlucky.

“The championship was my highlight, beating big teams that we never thought we would and by margins we didn’t expect.”