Blues capable of blowing Naomh Máirtín away, but Jocks are primed to land maiden Joe Ward 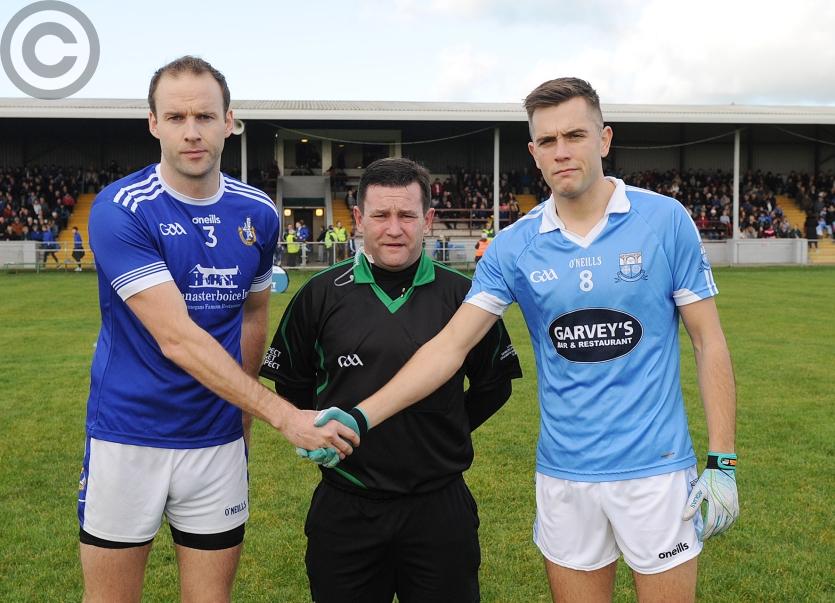 It was by the grace of God that Newtown Blues and Naomh Máirtín were drawn apart for the semi-finals. Courtesy of fate’s gentle intervention, punters are guaranteed an enthralling senior decider between the county’s two - by far and away - best and most attractive teams.

And the subplots are countless: Blues seeking to become the first team in two generations to win three-in-a-row; The Jocks on course for a maiden Joe Ward crown; a deep rivalry burgeoned from the familiarity of the respective players; and, of course, the memory of last year’s final.

It stands like an elephant at the back of the room, 12 months ago’s meeting, where a cringeworthy last quarter collapse saw Máirtín’s lose a grip and Blues snatch an incredibly fortunate victory. But, as has been stressed on these pages so often in recent weeks, the fear of winning is possibly greater than losing.

The harsh reality is that Jim Farrell’s men saw the victory line and slowed up.

But they’re a far more fearsome proposition a campaign on, having already sewn up Cardinal O’Donnell Cup honours, effectively dethroning Newtown Blues of one of the major prizes. History, in this sense, they will hope, will repeat itself.

It’s unusual when scripting a match preview that a writer lays their cards on the table early, but there will be an exception made here. Naomh Máirtín, one feels, are destined to win Sunday’s game.

Why? Well, JP Rooney is possibly playing the best football of his career; Sam Mulroy continues to develop into the type of forward who could not only terrorise club defences for the next 15 years, but opposition on the inter-county front, too; Eoghan Callaghan, their Colm Judge-type play-maker, is the most intelligent footballer in Louth and never fails to deliver on his instincts where a pass is concerned; Wayne Campbell and Gavan Mooney are a formidable midfield pairing who, it must not be forgotten, were separated for last season’s meeting; Stephen Campbell’s form is of a higher level class; John Clutterbuck is a Louth star. The descriptions could go on.

Blues, it is said with certainty, are a superb team and prolific where championships are concerned. But, while cognisant that they could produce a display to rip The Jocks asunder, it must be asked: Have they the same hunger as last term or the year before?

Dreadnots almost - and should have - caught them on the hop in the last four. They’ll likely be better for that fright considering their SFC games to that juncture had been easy pickings, their closest battle resulting in a facile six-point triumph.

Yet anything bar their best will see them swamped by a team of ruthless Monasterboice men, who, despite silverware suggesting the contrary, have been the most consistent team over the last three seasons.

If Blues hit top gear, they will be hard - maybe even impossible - to deny, but all the signals point to The Jocks producing what they did last term, only to completion this time. Should that be the case, Joe Ward will find a new home.