Newtown Blues can mark themselves down for all-time, says member of the last Louth SFC three-in-a-rower 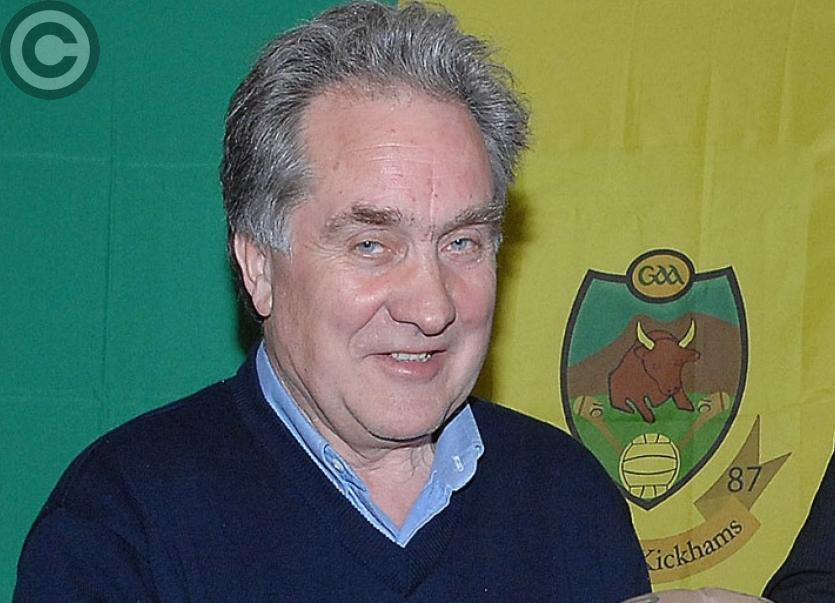 Harry McCarthy ranks Cooley Kickhams’ three-in-a-row championship win of 1978 as “a highlight” of his career, but feels it would be “good for football” if Naomh Máirtín halted Newtown Blues on Sunday.

Harry McCarthy ranks Cooley Kickhams’ three-in-a-row championship win of 1978 as “a highlight” of his career, but feels it would be “good for football” if Naomh Máirtín stopped Newtown Blues’ bid to match his side’s record in Sunday’s senior final.

Blues, of course, won four-on-the-trot in the early 1960s and will become the first outfit in over 40 years to turn up a three-timer if they prevail against The Jocks for the second successive season.

The Cooley legend feels Blues are, typically, “very adaptable” in the way they play and has no particular allegiance to either of this weekend’s competitors, even if he does reckon a win for the underdogs would serve football better.

“The first one you win is great, but then, after that, when you can do three-in-a-row it marks down the team for all-time as being special,” McCarthy told The Democrat.

“At that time, it was knockout for us, there was no back door, so there was a consistency and bit of character and quality in the team.

“But I think when you’re going for the final, you’re just thinking of that one game; the three-in-a-row is not the issue. It’s just something that’s there in the background.

“The Máirtín’s should have won it last year; they made a blunder and lost it. They’re a strong team this year again which shows they have quality in the team and that they weren’t just a one off.

“I would have no major preference, I don’t know any of the players personally, but I think it would be good for football to see Monasterboice win. It would have a great impact for Monasterboice and rural football.”

Kickhams, who appeared in every senior final through the 70s, saw their bid for four straight triumphs stopped by Young Irelands in the 1979 decider. However, having grown up during an era where the Cooley team of 1939 were idolised, he admits the side of which he was a prominent part took over as the benchmark until another crew of multiple championship victors came along a decade later.

But football was different, then, as McCarthy explains: “You look at players playing now and players playing then, I find that you think the players now are not as good somehow; they haven’t the basics or skills we had, maybe.

“The game is different. It’s all about athleticism now rather than the skills of football. Players don’t seem to be able to read the game or know where the ball is going to go.

“When you’re playing you can be in the right place at the right time and it’s because you know where the ball is going to be kicked.

“I don’t like the modern game. I think in 10 years’ time there will be very few people going to watch it if they don’t do something.

“Long ago we had a contest in every position, you marked your own man and when the ball was kicked to you the opposition could win it. It was much more of a spectacle and more enjoyable for the spectators than watching handpassing and holding possession; much the same as Premiership soccer where they pass it around the defence and then back to the goalkeeper.”