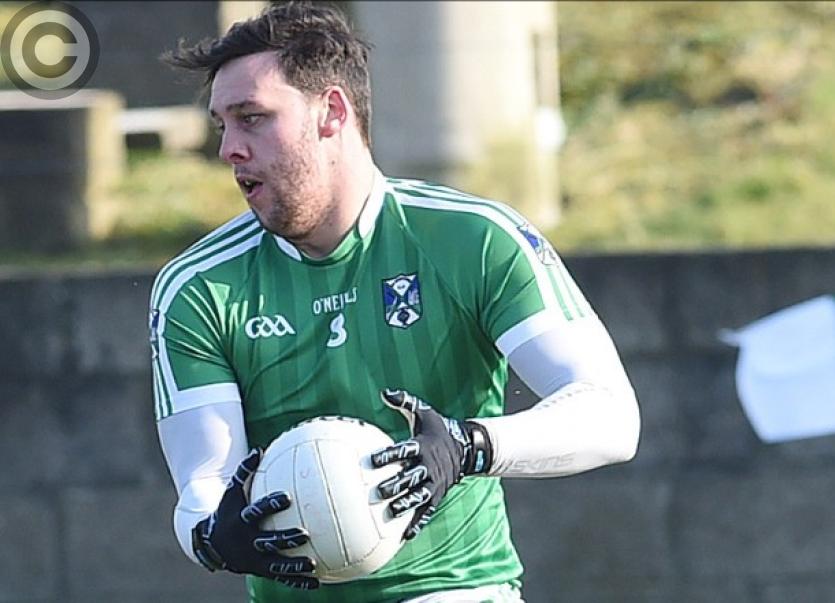 Shane O’Hanlon is back in Geraldines’ fold after a year of “torture” ahead of the Louth GAA SFC. (Pic: Arthur Kinahan)

Shane O’Hanlon is back in Geraldines’ fold after a year of “torture”.

The former county U21 star suffered a severe cruciate ligament tear in his right knee during a league affair with Naomh Máirtín in June of last year, an injury which kept him out of action until a fortnight ago, when he came in as a sub against Sean O’Mahony’s.

And his comeback mission was further fueled by an appearance in last Friday night’s game against Dreadnots, his first outing in Haggardstown since the night of his injury.

“It’s been torture, to be honest,” O’Hanlon told The Democrat.

“It’s a tough enough operation and the first couple of months rehab are very, very slow; just trying to get the leg straight and very basic stuff.

“I wouldn’t cope too well, either. It’s very difficult to watch the lads training and playing games, championship especially. You’re just itching to get back and I suppose that makes the rehab a bit easier, when you know you’ve something to get back to.

“I’ve been back training with the lads for a month now, just trying to get the fitness levels back up, but it’s just a big relief. It’s about getting ready for the championship, now.”

A similar injury spelt the end of his father Seamus’ career a number of years ago, but the Louth legend’s cycle was further along than that of his son, who has returned within the nine-to-12-month recovery period.

“He was a lot older than I was, but I knew what was ahead when I got the news after him doing it.”

Renowned Santry surgeon Ray Moran was the man with the knife in O’Hanlon’s case, and all parties appear to be happy with the outcome, with the sturdy full-forward having been in full contact training for much of the past two months.

Now, injury-free, O’Hanlon can look towards the business end of what looks to be a promising season for Geraldines, who’ve qualified for the Cardinal O’Donnell Cup semi-finals for the first time since 2016.

While a senior championship challenge, their first since returning to the top-flight in 2014, isn’t being ruled out either. Expectations are lofty for the men fighting out of McGeough Park.

“Anything short of silverware would be a disappointing season, to be honest,” he concedes.

“We got to the league final in 2016, but other than that we’ve had very little to shout about over the last couple of years.

“Though we’re looking at championship as the main thing,” O’Hanlon added.