Caoimhín Reilly, on the Point Road 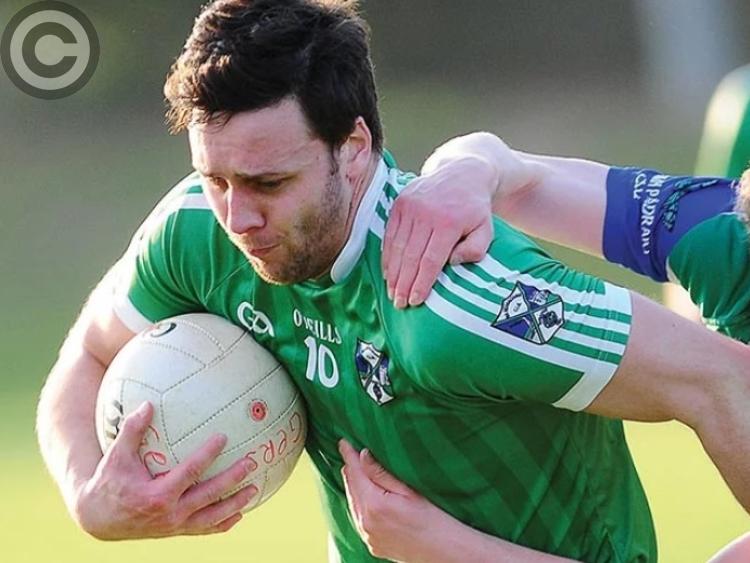 Shane O'Hanlon kicked three points on his return from injury as Geraldines cast Sean O'Mahony's aside on the Point Road on Friday night. (Pic: Arthur Kinahan)

Shane O'Hanlon marked his return from a year-long injury with three points as Geraldines devoured a thread-bare Sean O'Mahony's on the Point Road on Friday night.

Their most facile victory of the season, Gers' seventh win of the campaign books their place in the semi-finals of the Cardinal O'Donnell Cup for the first time since 2016.

Captain Jim McEneaney finished the encounter with 1-6, his goal coming in the game's dying embers, while Dara Hamill - who was untypically wasteful at times - converted five points, four from play.

However, in spite of the winning margin, the most pleasing aspect is certainly the performance of O'Hanlon, who showed he hasn't lost his ability to score, almost a year since suffering a cruciate knee ligament injury against Naomh Máirtín in the same competition.

His introduction came in the third quarter, when the outcome was a foregone conclusion. Gers led 0-9 to one at the interval having kicked almost as many wides as scores, but their ability to move the ball at speed saw them utterly dominate, Benny Traynor's point aside.

O'Mahony's were, of course, woefully short on numbers and quality. They were missing practically an entire XV and while they defended tenaciously, Josh Arrowsmith, James Craven, McEneaney (4), Hamill (2) and Fearghal McDonald had Gers eight to the good at the turnaround.

The Haggardstown side were sloppy in the early stages of the second period, but recovered their composure following Craven's second point of the contest, with Hamill, McEneaney and O'Hanlon subsequently contributing to a glut of efforts, while Barry Mackin doubled O'Mahony's tally from a later placed kick.

McEneaney's powerful drive to the net sealed a comprehensive display late on, on a night where Gers welcomed back a prized asset. And how crucial his presence could be by the time medals are up for grabs in mid-to-late autumn.