Dympna was an outgoing lady who lived life 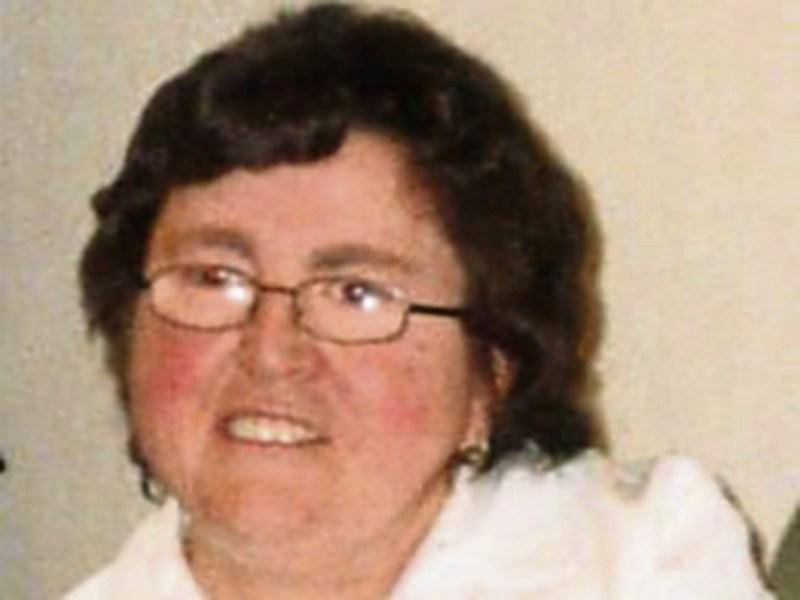 Dympna Woods who died peacefully in the Mater Private Hospital, Dublin, on November 29, 2016, was an outgoing lady, who made friends easily.

Born in Market Street, Dundalk in 1942, and later moved to Pearse Park, she was one of eight children of Bernard and Margaret McEneaney.

She was educated by the Sisters of Mercy in the Convent School, Dundalk, and was subsequently employed in the Textile factory.

Dympna then worked in PJ Carroll & Co., in both the Church Street and Dublin Road factories, where she made many life-long friends.

She met her husband, Peter in the Fairways Hotel, and they subsequently married in 1974. They had one son, Paul.

Settling in Omeath with her family, Dympna became very much involved in the local community, making many friends in the process.

She was part of the church choir, and as secretary to the organising committee of Active Retirement, encouraged people to join the group.

She worked in Carneys shop in the seaside village, and also in Newry. Again, she struck up strong friendships, Sheila McLoughlin among them.

She worked on behalf of the Fine Gael party, and enjoyed the interaction with different people that entailed.

There was more than an element of fun to Dympna, and she loved dancing and going on holidays with Peter. They travelled to many places together, throughout Ireland, and in England and Wales, and she also made a couple of trips to Lourdes.

She was a good cook, who liked to keep up-to-date with technology, and was adept with her computer and phone.

Very good at knitting, and using knitting machines, she made and sent knitwear to children’s charities in the Third World.

Dympna’s popularity, and the affect she had on the people she came in contact with, was reflected in the large numbers at her wake and funeral.

Dympna was predeceased by her brother, John McEneaney and sisters, Olive Matthews, Breda Hanratty and Margaret, who died in infancy.

Readings were given by son, Paul and niece, Sinead Malone, while Prayers of the Faithful were led by grand-daughter, Leah McNally and nieces, Geraldine Devlin, Annemaria McEneaney, Mairead O’Hanlon, Julia Cleary and Louise McDonald.

Tokens symbolising Dympna’s life were brought to the altar by sister, Sheila Dawson and nieces, Sheila Sharkey and Rita McGorrian.

Music was provided by Fidelma Bellew and Carmel Rice.