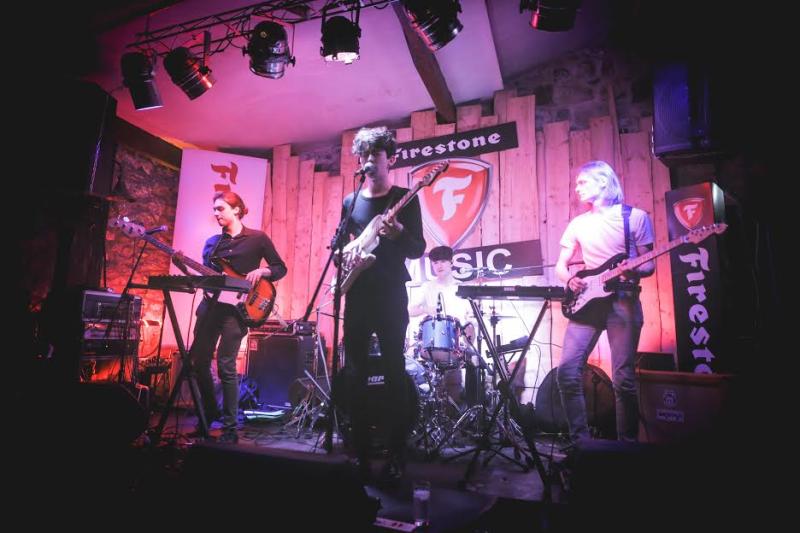 Firestone Ireland has launched the voting for its 2019 “Road to the Main Stage” band competition in conjunction with Vantastival Music and Campervan Festival.

Voting began on April 1 for the 12 bands selected by the festival organisers. The online vote will reduce the 12 bands to 5 and they will play in a live final in Odd Mollies music venue in Drogheda on May 2, 2019. Voting is from April 1 to April 21, 2019 and is at www.roadtothemainstage. firestonetyre.ie/

The competition offers the competing bands the chance to win a coveted prize of music equipment and recording time with a combined value of €4,000, and the opportunity to feature as the headline act on the Firestone Music Station stage in 2019 as well as a Main Stage act at Vantastival 2020.

Colm Conyngham, Marketing Manager for Firestone Ireland said: “We are very proud to support new and emerging musical talent in Ireland and provide them with this opportunity to show off their skills, in conjunction with Vantastival.

“We hope that by creating this platform, we will be able to shine a spotlight on the great musical talent that Ireland has to offer and we would encourage Ireland’s new music fans to support them with a vote.”

Meanwhile, Vantastival director Louise Tangney said: “We are delighted to be involved with  Firestone in their support for emerging music talent in Ireland and we look forward to an entertaining final in May and a great Firestone stage at Vantastival.”

The Road to the Main Stage competition represents an extension of Firestone’s authentic association with music that dates back to 1928 when Founder Harvey Firestone brought together musicians and music-lovers on the Voice of Firestone radio show in the USA, which gave known and unknown musicians a platform to perform  on, and an audience to perform for. Supporting emerging “grass roots” talent is deeply rooted in Firestone DNA. “At Firestone we support these rising talents on their road to the main stage just like our tyres support drivers on the road,” added Colm Conyngham, Firestone Ireland.

This year’s competing bands are:

Vantastival is a family-friendly festival which takes place over the June Bank Holiday Weekend (May 31st to June 2nd) in Beaulieu House, Drogheda will see a host of live musical acts perform, while a focus on the campervan lifestyle brings an extra dimension to the only festival of its kind in Ireland. See www.vantastival.com