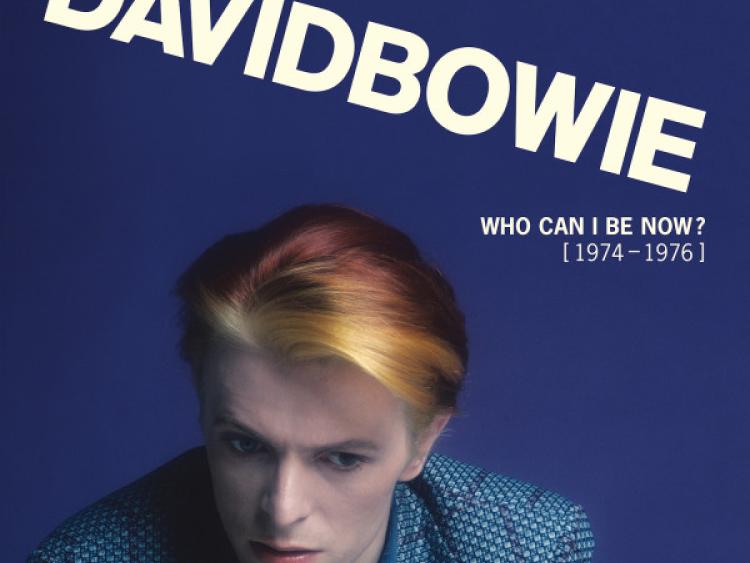 The world lost one of its most talented and enigmatic performers earlier this year, with the tragic passing of David Bowie. His swansong 'Blackstar', a masterpiece of an album, was released on the day of his birthday, two days before he passed away.

This box-set focuses on period of time in which Bowie began to retire his 'Halloween Jack' persona and transformed into 'The Thin White Duke'. This was the era in which he wrote one of the most iconic guitar lines ever recorded (Rebel Rebel), added Soul and Funk to his musical palette and collaborated with John Lennon.

As well as featuring the best tracks from 1974's 'Diamond Dogs', 1975's 'Young Americans' and 1976's 'Station to Station', the nine disc album also features live performances  and B-Sides from the era.

Disc 4, however, is what this review will focus on. The disc contains the original recording of Bowie's lost album 'The Gouster, recorded throughout 1974-76, in its intended track-listing. The album features four tracks, which made it onto the 'Young Americans' album, 'Somebody Up There  Likes Me', 'Can You Hear Me', 'Right' and 'Young Americans'. Joining those tracks are  three remastered remixes of songs that have been bootlegged endlessly throughout the years.

The first of those tracks is 'John, I'm Only Dancing (Again), a reworking of Bowie's 1972 single, featuring a 70's disco beat and a funky guitar line, suitable fitting the compilation.

The laid back 'It's Gonna Be Me (Without Strings)' is a piano-led, soulful toe-tapper. The track was an out-take from 'Young Americans', a fact that the listener can tell straight away, due to the albums iconic instrumentation.

The box-set's title-track is another out-take that makes up 'The Gouster'  album . Who Can I Be Now' is a magnificent ballad, clearly referencing Bowie's ever changing persona's that enthralled listeners for over five decades.

Even after his passing, David Bowie is still releasing stellar songs. It was announced a fortnight ago, that the cast-recording of Bowie's  New York Stage show 'Lazarus' , will feature his three final recordings. 'No Plan' 'Killing a Little Time' and 'When I Met You' will be released on the album, on October 21st.

'Catchy' and 'obscure' are understatements when it comes to Neil Hannon and Co.'s latest album. 'Foreverland' is the The Divine Comedy's 11th album in six years. Like it's predecessors, the 12-track album is a mixed bag of the Hannon's signature, baroque-tinged tunes and bizarre lyrics,with a few surprises thrown in.

Opening track 'Napoleon Complex' sees Hannon back in full self-deprecating swing. Featuring a majestic string section accompanied by some bells, chimes, a banjo and a harmonious vocal line similar to those heard throughout the era of 70's disco, the song can only be described as a 'quirky James Bond song'.

The album’s title track, clearly taking inspiration from 'Peter Pan', suitably features some accordion,  a male choral line and a recorder, welcoming the listener aboard the creaky surrounds of a pirate ship.

Lead single 'Catherine The Great' sees the return of the Harpsichord, playing a melody not to dissimilar to The Beach Boys 'Lady Lynda'. The song's Bowie-tinged Gregorian chant adds to the historical subject of its lyrics.

The beautiful 'Funny Peculiar' features Hannon's partner Cathy Davey on vocals, the jazzy, whistle-along tune is bound to get stuck in many listeners heads.

The wails of a Donkey kick-off 'How Can You Leave Me On My Own', an outstanding track, bringing the listener back to the glory days of Motown and Northern Soul. The lyrics are beyond hilarious, Hannon describes himself as 'a bad-smelling, couch-dwelling dickhead”, who drinks too many cups of tea and “eats too many biscuits”. The funny lyrics continue in 'A Desperate Man, which features Latin piano and flute line that gives off a spy-thriller vibe, before Hannon declares that he “made a daring escape, in the guise of a nun”.

'I Joined The Foreign Legion (To Forget)', is up there with 'Nation Express' and 'Songs of Love' as a classic Divine Comedy song, featuring all  the signature compositions and clever lyrics that have made the band stand out among other artists  for the past 27 years.

In this reviewer’s opinion The Divine Comedy have crafted one of the best albums of 2016, sure non-fans might not gel to it on first listen, but the album features clever song-writing, a feature which is becoming more and more absent in 21st century songs.

The Tennessee rockers announced on September 7th, that their 7th album 'We Are Like Love Songs' (abbreviated to 'WALLS') will be released on October 14th. The announcement came with the release of the album’s lead single 'Waste A Moment', a bombastic upbeat track, much different to the album's second single 'WALLS'. The ambient track is performed on on an acoustic guitar and piano, with muffled drums, pounding like the beat of a heartbeat and the occasional wail of a lead guitar, signature to the band’s sound.

The track will no-doubt be popular among those who prefer the 'Stadium Rock' sound of 2007's 'Because of The Times' and 2008's 'Only By The Night', to the band’s earlier, fuzzier, Southern Rock recordings.

Recent interviews with the band have indicated that as an album, 'WALLS' is a much darker affair, compared to their later albums, taking influence from Arcade Fire, Talking Heads and Joy Division.

2014's Mechanical Bull' saw the band back in top form after the turbulent recording and touring process of its predecessor 'Come Around Sundown'. It will be interesting to see where the remainder of 'WALLS' takes them.

After a four year hiatus Emili Sandé is back with an anthemic single. 'Hurts' begins with  a synthesiser, joined quickly by choppy hand claps, causing the listener to wonder if she has abandoned her signature, soulful sound that sent her 2012 début 'Our Version of Events' into  the stratosphere. It becomes very clear that the track is more of an upbeat-gospel song, complete with a very catchy chorus, which will no doubt soar through venues around the world.

The Second single from The Bay Area Thrashers long awaited 10th album 'Hardwired... To Self-Destruct', draws back to the band’s earlier sound. Fans of 'Ride The Lightning' and Master of Puppets' will thoroughly enjoy this song and hopefully, the remainder of the album. The track features a harmonic intro, similar in style to tracks from the two aforementioned albums, chugging riffs, a jaw-dropping guitar solo from Kirk Hammett and James Hetfield's raspy voice that shouts “Light it up”, bound to be the cue for pyrotechnics at future live shows. 'Hardwired' appears to be a promising album.

The track is taken from Bon Iver's highly anticipated album '22 A Million'. The band’s previous recordings, featuring their harmonious style of song-writing,  has been praised for being very atmospheric. This feature has been enhanced as the new venture into the sound-scape totally stops the listener in their tracks. Essential listening.