FC Parma - the sad tale of one of the seven sisters 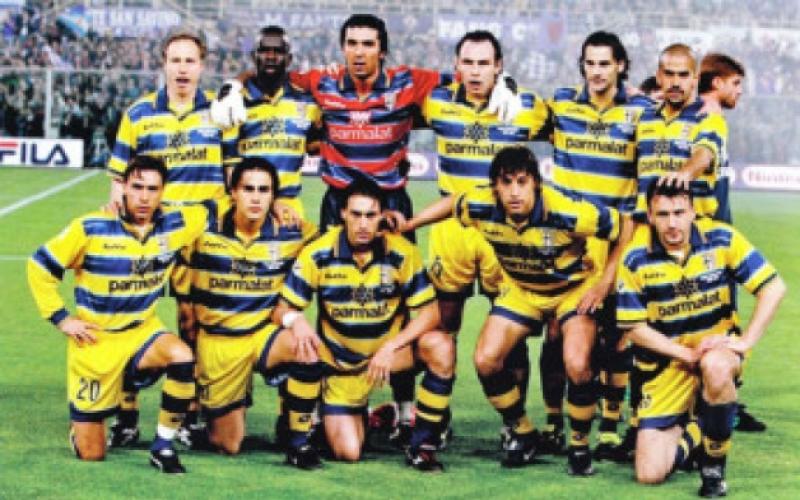 Reports swirled around last Saturday evening that one of Italy’s most famous clubs, Parma, had been dissolved.

Reports swirled around last Saturday evening that one of Italy’s most famous clubs, Parma, had been dissolved.

Nothing has, as of yet, been confirmed as rumour and counter-rumour swings back and forth but the situation remains perilous regarding their long term future. Their current owner Giampietro Manenti has stopped all funding with the club having to forfeit their recent game with Udinese, and possibly their remaining fixtures, with automatic relegation to Serie B a distinct and very likely outcome, at the very least.

It is reported they have just €40,000 left in their accounts with the players or staff not being paid since last July. The situation is so catastrophic that many of the youth team players keep taking ill due to having no electricity for hot showers. It is an emphatically sad tale with its misery intrinsically ingrained in the dying embers of one of the biggest financial scandals to rock Europe.

In better times, anyone old enough to remember Serie A in its mid-nineties pomp will recall Parma as one of the Sette Sorelle: the much-fabled Seven Sisters of Italian football – Juventus, Milan, Inter, Roma, Lazio, Fiorentina and the Crociati, the giants of the domestic game.

Their story was slightly different from the rest, though, in that Parma were a small, regional club in the north of the country with a population of just 170,000. They had never competed for major honours up until a takeover of local businessman Calisto Tanzi and his Parmalat Company: a business the self-made millionaire had grown from the ground up into Europe’s biggest dairy production.

Tanzi ploughed tens of millions of his own capital into the football club, acquiring some of the finest footballers Europe had ever seen: their 1999 side that contained the likes of Buffon, Sensini, Thuram, Cannavaro, Veron, Baggio, Asprilla, Crespo and Chiesa still sends shivers through the spine. That particular team won the UEFA Cup and Coppa Italia that season but bigger fish would eventually come calling as one star after another departed for astronomical fees.

While the club continued to compete at the top end of the league for a while, the sky eventually came crashing in as Tanzi’s Parmalat Company collapsed in 2004. Accused of fraud, it transpired that the multinational organisation, supposedly sitting on assets worth €3.95 billion, had forged that documentation and the business was actually in debt to the tune of around €14.5 billion. Tanzi, along with a number of his board directors, was arrested and sentenced to 10 years whilst Parmalat and AS Parma were made insolvent.

The club would return as the renamed FC Parma under the new ownership of Brescian businessman Tommaso Ghirardi. They were promoted after just a season in Serie B but they never truly recovered from the collapse of the Tanzi Empire. Under various coaches, from Francesco Guidolin to the current incumbent Roberto Donadoni, they would fluctuate wildly for much of the proceeding years with consecutive top half finishes mixed in with a handful of infamous relegation battles.

Years of financial mismanagement and the new austerity approach through the hands of various owners has taken its toll, though, and much like a battered boxer desperately trying to raise themselves off the canvas, the bell seems to have finally beaten them. Whilst they have not yet pulled out of the league, bankruptcy is inevitable with the squad likely having their contracts torn up. And that’s the best case scenario; worst case is that they fold entirely.

The future remains indelibly bleak for one of the former giants of Serie A – a stark warning to the rest of European football that are only ever a handful of bad decisions away from absolute disaster. Whatever comes to pass over the next few days, their fans will always carry the memories of that glorious era in the late nineties and, just like in 2004, hope remains that they will rise once more from the ashes.