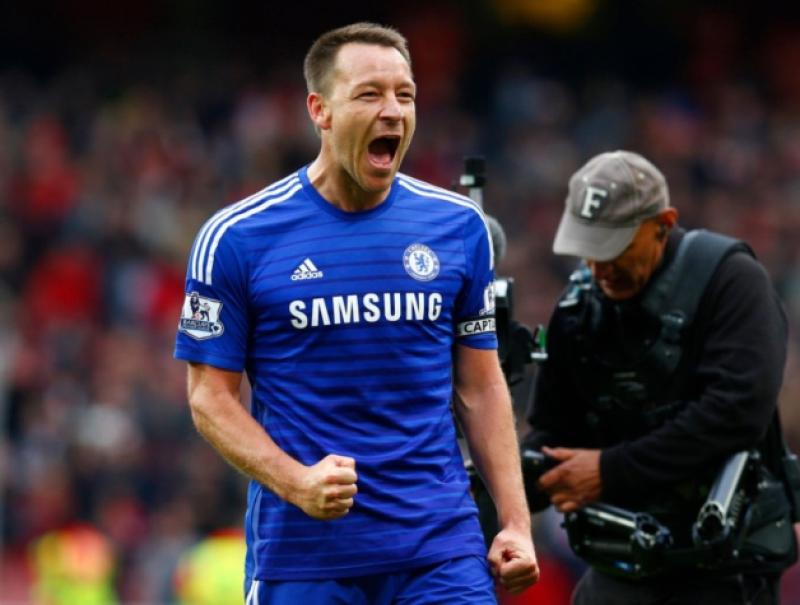 Floyd ‘Money’ Mayweather meets Manny Pacquaio early on Sunday morning in what will be one of the biggest boxing fights in the history of the sport. Five years in the making, after various tribulations, it’s finally happening: the defensive master against the all-attack southpaw.

Floyd ‘Money’ Mayweather meets Manny Pacquaio early on Sunday morning in what will be one of the biggest boxing fights in the history of the sport. Five years in the making, after various tribulations, it’s finally happening: the defensive master against the all-attack southpaw.

Last Sunday afternoon’s big clash between Chelsea and Arsenal at the Emirates wasn’t far off the English football version of it: Jose Mourinho – the dogmatic pragmatist – against Arsene Wenger – the offensive idealist; arguably the two best sides currently in the division going toe-to-toe.

Chelsea, needing just a handful of points from their remaining five games, were coming for the point and everyone knew it. Wenger has never beaten his Portuguese colleague and that trend wasn’t going to change at this vital stage.

The Blues’ boss lined up – partly down to injuries – without a striker. Arsenal did what Arsenal always do. It wasn’t enough. It was never going to be enough. John Terry and co got their point – celebrating at the end like they’d won all three – and the title was all but wrapped up.

The bore draw was the 2014/2015 Premier League season in a microcosm. Chelsea’s opponents huffed and puffed but were nowhere near good enough to blow the blue house down. If that doesn’t sound very exciting, well, it’s because it hasn’t been.

The result was inevitable. In truth, from the opening weeks, there has been a sense of inevitability about it all. Hopes were high for an ultra-competitive campaign but the complete opposite has materialised.

Mourinho has added strings to an already strong bow but it has been more about what his opponents have failed to do than anything he has overly affected. In essence, Chelsea have merely refined their power whilst the likes of Liverpool and Man City – their major competitors last season – have misplaced it.

Manuel Pellegrini’s failure to refresh and rebuild from the vantage point of champions could set the club back two seasons or more. Granted, that’s easy to say now in hindsight, but the signs were there with Yaya Toure’s birthday cake bullshit.

For Liverpool, losing Luis Suarez allied to Daniel Sturridge’s inability to seemingly go more than 48 hours without injuring some part of his body, meant Brendan Rodgers’ side would have to take four steps back after their unlikely, accelerated advance the previous year.

Louis Van Gaal’s reincarnation of Manchester United would always take time whilst Arsenal have been the nearly men of the Premier League for a decade now and that isn’t likely to change any time soon; at least until some miraculous intervention in which they manage to keep the majority of their key players fit for the entire campaign.

No, it’s eminently obvious now: Chelsea’s name was always on this season’s title. Deservedly so, too – they’ve earned it. They have scored the second highest amount of goals so far and have the joint best defensive record to date.

It’s not Jose Mourinho’s fault, but it would take a brazen neck to suggest they have been strongly challenged. It has been a generally underwhelming nine months or so of football – more so when you compare it to the exhilarating highs of 2013/2014 when three well-equipped sides went at it hammer and tongs until one was left standing.

It’s that sort of competition that leaves a sense of ‘what if’ about this season and it most likely will be the same next Sunday morning when the boxing fraternity echoes similar sentiments: ‘What if this fight happened four years ago when Pacquiao was at his peak?’

Mayweather is Mourinho; Mourinho is Mayweather – ever the cunning tacticians.

That is what makes sport, football in particular, so attractive: opponents, performing at their optimum best, going head-to-head. Unfortunately, that can’t really be said of this Premier League season.

Jose won’t change, though – why should he? His is a winning formula; it’s up to the rest to pull the finger out.