Jim McGuinness and the coaching crossover 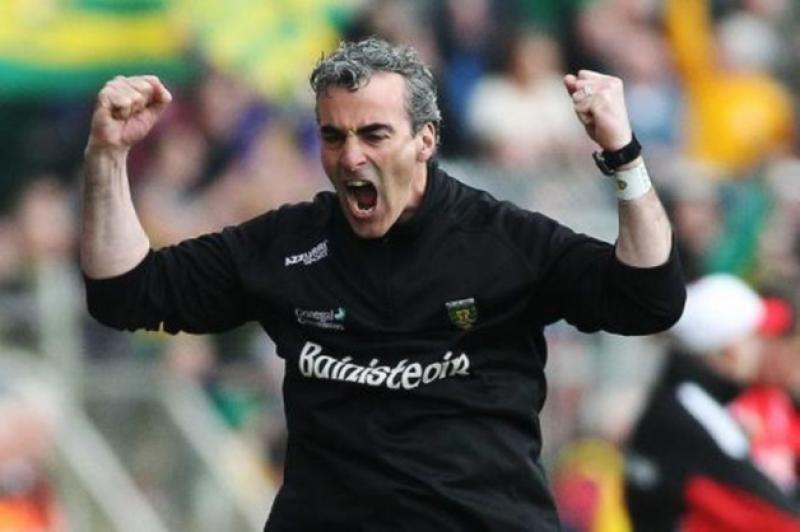 One of the major rarities in sport is the coaching crossover. It’s seldom done and when it is, it’s even more seldom done successfully.

One of the major rarities in sport is the coaching crossover. It’s seldom done and when it is, it’s even more seldom done successfully.

News that Jim McGuinness is currently doing his FAI coaching courses has pricked ears amongst the sporting community across Ireland and the UK.

The former Donegal Gaelic football manager has been working with Celtic for a couple of years now. Initially brought in as a ‘performance coach’ under Neil Lennon to help younger players bridge the gap between reserve team football and the first team, his role has now intensified with greater responsibility handed down by new manager, Ronny Deila.

Whilst his initial work was performance-based only, the current Hoops’ head coach has admitted McGuinness’ proclivity towards a good defensive set-up lends a natural balance to his more offensive style of play and he has utilised those strengths more and more this season.

The pair have reportedly forged a close bond with the Norwegian integrating McGuinness as a full-time member of his first team staff, hence the Donegal native relinquishing his duties as his county’s senior team manager in the summer.

McGuinness is a hugely intriguing character; a beguiling personality. Since taking over the Donegal job in 2010, he built one of the most formidable and impressive squads in GAA history from practically nothing. The talent was somewhat there but had become disillusioned and suffered from years of underachievement and indifference. During the four years of his tenure, Donegal would win three Ulster titles, reach two All-Ireland finals and win one of them – their first since 1991.

His legend began to grow through those four years with a large concentration fixed upon his sports psychology background and how he was able to tap into the mindset of his players and unleash the potential that has previously gone unlocked.

With those tools so prevalent in his GAA success, in-tune with the significant role it now plays in professional sport in general, his increasingly influential position at Parkhead has set tongues wagging over just how far he can take the crossover.

If McGuinness needs any warning about overextending his reach, though, he need only look at Sir Clive Woodward. England’s 2003 World-Cup winning coach was appointed ‘Performance Director’ at Southampton back in 2005, a move that shook up both sports.

In simple terms, it was a disaster. There was little doubt that Woodward was a revolutionary within rugby; his overhaul of an archaic, badly-failing RFU leading to unprecedented success with England and reverence from the media.

With no football coaching experience of any note, though, Woodward struggled with a number aspects of the job and left St Mary’s after just over 18 months at the club. His attempted implementation of alternative methods of training and preparation did not sit well with the more traditional hierarchy of football at Saints at the time – cough, Harry Redknapp, cough - with his position quickly becoming untenable.

McGuinness’ background in psychology, though, and his position at a progressive, open-minded club like Celtic are blessings with which Woodward was not bestowed. It must also be said that, much like former professional players who start off in the lower levels, he has begun his career in football in the background, slowly progressing up through the ranks, adding actual coaching experience to his repertoire.

It may well be years before it actually happens but should McGuinness decide to further his career in management, few would bet against him pulling it off. An intensely intelligent, charismatic figure, not afraid to be forthright with his opinions, he is also quite screen-friendly with his chiseled jaw-line and greying dark hair. Ally those features to a proven ability to extract every drop of talent from players and you have quite the talented combination.

A revered figure in Irish sport, his career journey remains strikingly interesting. One hopes we see Jimmy winning matches in the world of football sometime soon.