Only the foolish would label Radamel Falcao as a true flop 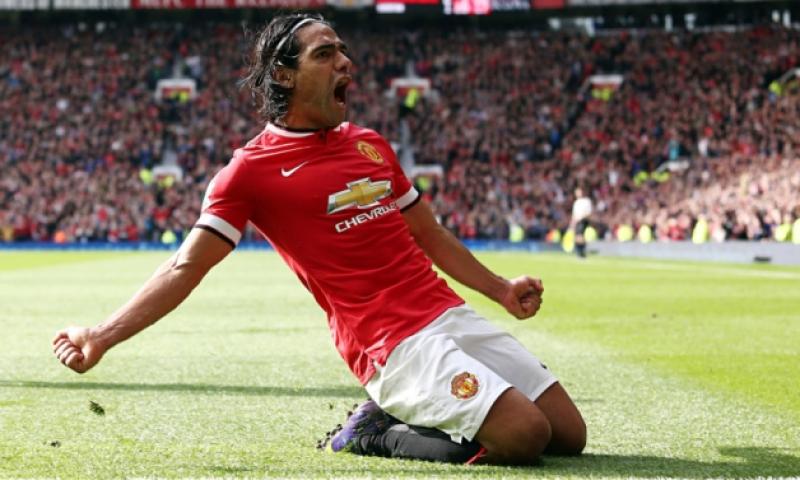 It was Thursday, the 23rd of January. Monaco were playing in the Coupe de France against lowly amateur side Monts d’Or Azergues Foot.

It was Thursday, the 23rd of January. Monaco were playing in the Coupe de France against lowly amateur side Monts d’Or Azergues Foot.

Colombian superstar Radamel Falcao spearheaded the attack. He’d opened the scoring in the 11th minute with a deadly finish and was just about to double the lead five minutes before half time when Soner Ertek, MDA Foot centre-half, scythed him down inside the box. The first glance suggested it was quite an innocuous challenge but the replays showed the striker’s leg jar behind him as he lay prostrate on the ground, clutching his knee, signalling for help.

Within minutes, the news was filtering across the world that Falcao had suffered a bad injury and was, in all likelihood, going to miss the World Cup in Brazil that summer. For a player of such repute to be struck down like this was lamentable; it was a huge blow for the tournament but most of all, for the player himself.

At 28, Radamel Falcao García Zárate had shot his way to superstardom with goal laden spells at River Plate, Porto, Atletico Madrid and Monaco.

In just 139 games for the three clubs he managed 97 goals. Left foot curlers and right footed snipes, powerful headers and the simplest of tap-ins. It was phenomenal to watch him at work.

As captain, Falcao was supposed to lead the strongest group of Colombian players in a generation to Brazil to take on the rest of the world. The challenge that ended those hopes had the football world, for a brief moment, in a melancholic despair. It was sad to know one of the world’s best players, in his prime, would miss the greatest show on earth.

On Tuesday, Louis Van Gaal, already woefully misusing and under utilising the forward, made him available for the Manchester United U21 game against Tottenham Hotspur. It was the ultimate indignation. The world’s deadliest striker reduced to the butt of bookmaker’s jokes and Twitter parody accounts.

It wasn’t supposed to be this way.

The arrival of Van Gaal, in tandem with Falcao, was supposed to signal a new dawn for Manchester United but, much like his stints at other clubs, a star always seems to have to fall under the Iron Tulip. At Barcelona the great Rivaldo, among others, was jettisoned from the side. At Bayern, Luca Toni and Franck Ribery suffered terribly under him.

At Old Trafford, Falcao seems to be his fall guy and the oddest thing about it all is that he signed him. It’s not as if Van Gaal rocked up to Manchester and the Colombian was already there; he obviously wanted him and who could blame him?

Of course the player himself is not without fault. He’s had games in which he has looked terribly ineffective and a couple of chances that he has fluffed have been pretty poor but, overall, the tactics Van Gaal has employed this season – ponderous, sideways passing – just don’t suit a player of Falcao’s talent. He needs quick, vertical transitions with movement around him, balls in behind a defence and crosses into the box.

That Van Gaal would sign a striker who feeds off such service and then starve him of it seems rather confusing – a microcosm of the Dutchman’s time at Old Trafford so far.

Having already shelled out a heavy loan fee to take him to Old Trafford, with only four goals amassed, you would think there is no way back now. One would imagine his future lies on the French Riviera or who knows, maybe even a return to La Liga?

To label Falcao a flop would be disingenuous. He hasn’t been given the time, support or ammunition to be anywhere near effective. Sometimes transfers just don’t work out: the wrong move to the wrong club at the wrong time. There are countless examples throughout football’s history. He remains one of the world’s best strikers and will prove that once more in due course.